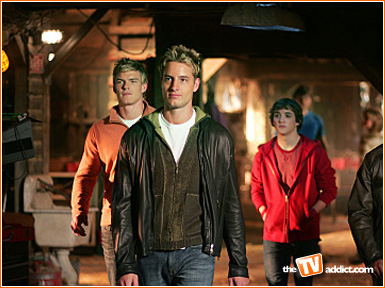 Thanks to some spies nested deep inside The CW, theTVaddict.com is proud to present a first look at one of the season’s most anticipated episodes of SMALLVILLE. The episode, titled “Justice” chronicles the start of the Justice League. According to the CW description:

THE GREEN ARROW CALLS ON THE FLASH, AQUAMAN AND CYBORG TO FORM A LEAGUE OF SUPERHEROES The Green Arrow (Justin Hartley) sends out for reinforcements and Bart Allan, a.k.a. The Flash (guest star Kyle Gallner), Aquaman (guest star Alan Ritchson) and Cyborg (guest star Lee Thompson Young) return to Smallville to help him take down LuthorCorp’s secret lab. During a break-in at the LuthorCorp facility, Bart is captured and tortured by Lex (Michael Rosenbaum) and Clark (Tom Welling) sets off to rescue him but is felled by meteor rock. An alarmed Chloe (Allison Mack) goes to Oliver for help, and the newly formed “justice league” springs into action to rescue Clark and Bart. 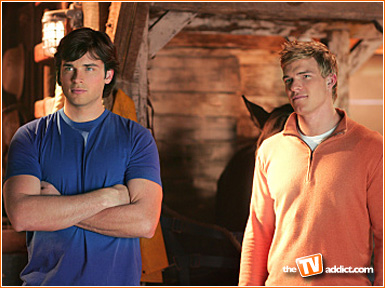 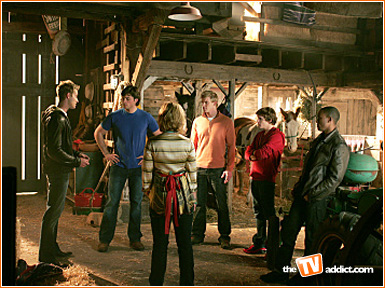 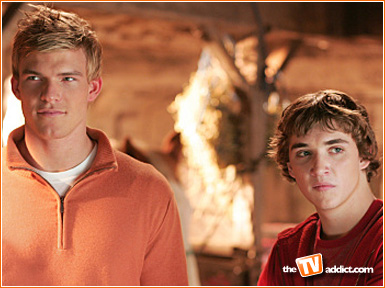 This image is the exclusive copyrighted property of The CW. No CW images may be sold, leased, duplicated, distributed or archived by organizations or agencies other than The CW. Permission for any usage can be granted only by The CW. All rights are strictly reserved.