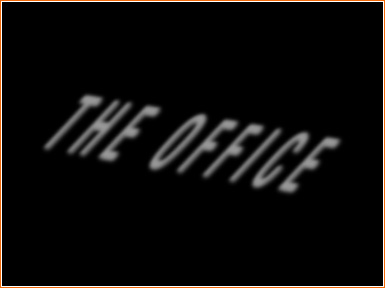 Last night’s installment of THE OFFICE was classic J.J. Abrams (see: LOST, ALIAS and FELICITY). The episode raised far more questions then it answered, provided viewers with some truly surprising (and funny) moments and most importantly left us with one hell of an ending.

THE QUESTION:
Is Jan insane? The answer it seems is a little complicated. On the one hand, admitting to the world that you’re dating Michael Scott is a sure sign that something’s not right. Yet what’s keeping us from sending Jan off to Arkham Asylum is her logical explanation, which also happens to be the funniest line of the night:

I am taking a calculated risk. What’s the upside? I overcome my nausea, fall deeply in love, babies, normalcy, no more self-loathing. Downside, I date Michael Scott publicly and collapse into myself like a dying star.

THE SURPRISE:
There were actually quite a few surprising scenes in last night’s episode. Creed for one comes to mind. Why exactly was Creed at a Sheriff’s station — and more to the point — do we really want to know? Another surprise, was no follow up on the Ryan/Kelly working situation. While it’s a standard J.J. tactic to introduce a plot and not follow up on it for months and months (see: Michael and Walt from LOST) I was really looking forward to some serious Ryan/Kelly workplace hilarity (ie. Kelly driving Ryan crazy).

But the biggest surprise of the night (no, not the Pam/Jim break-up — we’re getting to that) is how on earth did Toby win the stuffed duck for Pam from the ‘Claw game’? Seriously, in my twenty something years of living on this planet, I’ve never even come CLOSE to winning the ‘Claw game,’ and believe me I’ve spent countless hours and large sums of money trying!

THE ENDING:
The trademark of any J.J. Abrams episode is a killer ending (no pun indented) and last night’s episode did not disappoint. Pam and Roy finally breaking up with Roy vowing to “Kill Jim Halpert.” WOW! Let’s hope we don’t have to wait the rumoured six weeks until a new episode and the inevitable Roy/Jim showdown. I wonder who would win in a bare knuckle wharehouse brawl? Sounds like a perfect episode for May sweeps!