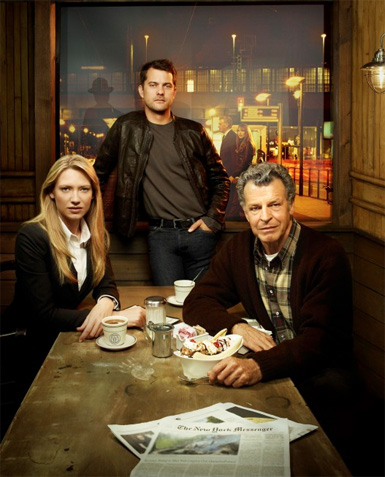 Score one for our universe! Fox has officially confirmed executive producer J.H. Wyman’s tweet from earlier in the night that had him “letting it slip” that FRINGE has been renewed for a fourth season. “Fringe was picked up!!!! Thanks Fringedom!”

[UPDATE] Check out the official FOX Press Release after the jump.

FOX RENEWS “FRINGE” FOR FOURTH SEASON – IN BOTH UNIVERSES

“FRINGE has truly hit a creative stride and has distinguished itself as one of television’s most original programs. The series’ ingenious producers, amazingly talented cast and crew, as well as some of the most passionate and loyal fans on the planet, made this fourth-season pickup possible,” said Reilly. “When we moved the show to Fridays, we asked the fans to follow and they did. We’re thrilled to bring it back for another full season and keep it part of the FOX family.”

FRINGE co-creator and executive producer J.J. Abrams said, “We could not be happier that the fans of FRINGE (and our most excellent partners at FOX) have allowed us to continue telling stories from the fringe for another season!”

“This early pickup comes at a perfect time as we start production on the Season Three finale,” added FRINGE showrunners and executive producers Jeff Pinkner and J.H. Wyman. “We join the cast and crew in thanking our loyal fans and FOX for allowing us to have this much fun telling stories we love.”

The compelling third season continues tonight, Friday, March 25 (9:00-10:00 PM ET/PT), on FOX. In the “Bloodline” episode, the intensity of life “over there” accelerates as a pregnant OLIVIA (Anna Torv) is kidnapped and finds herself in mortal danger. As the Fringe Division races against time to find her, agent LINCOLN LEE (guest star Seth Gabel) receives some heartbreaking news as WALTER (John Noble) stops at nothing to preserve the new branch of the Bishop family tree.

Created by J.J. Abrams & Alex Kurtzman & Roberto Orci, FRINGE is produced by Bad Robot Productions in association with Warner Bros. Television. Abrams, Bryan Burk, Jeff Pinkner, J.H. Wyman and Joe Chappelle serve as executive producers, while Kurtzman, Orci and Akiva Goldsman are consulting producers. Additionally, Pinkner and Wyman serve as the series’ showrunners. Become a fan of the series on Facebook at www.facebook.com/fringe and follow the series on Twitter at www.twitter.com/fringeonfox (@fringeonfox).