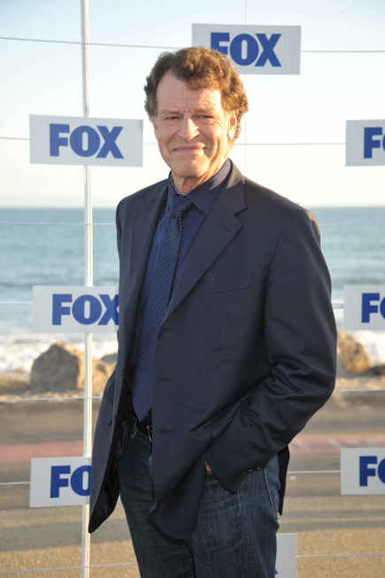 Since the moment the credits rolled on FRINGE’s phenomenal third season finale one question has been on every fan’s mind. That question — no, not how on earth the Academy of Television Arts and Sciences continues to fail to recognize John Noble with a much deserved Emmy nod — but rather where is Peter Bishop?

“Because we finished off with the season so powerfully what you’ll see now is thread in through a mini arc of four episodes,” explained John Noble during a one-on-one with the the TV Addict in Los Angeles. “We thread in the feeling, the presence of and finally the manifestation of Peter.”

And while it probably won’t come as much of a surprise that Peter does in fact return, (Joked Noble, “Josh [Jackson] is our leading man of course he does [return!]”) what sure as heck will is that Peter’s reappearance may not mark the return of the Peter fans (Not to mention the two Olivias!) have come to know and love over the course of the past three seasons.

“What we do is find a way to bring Peter back in…. but not in the way he was before,” revealed Noble. “It’s grand for Josh because it gives him a chance to finally do another version of himself, which he hasn’t had before. So it’s a great pay off for Josh and it means that we get to rebuild somehow in a different way.”

But just how different will be Peter Bishop 2.0 (Peternate?) be? Noble, not surprisingly, was playing coy. To the point that the only thing he would tease is that the start of FRINGE’s fourth season will be eerily familiar to fans of the show who has stuck with it since day one.

“That wonderful humanizing element that we’ve had in FRINGE of Walter and Peter getting to know and love each other again and build up their relationship… we start the season without that,” said Noble. “”[When the season starts] Walter is still in the lab but he’s quite insane, agoraphobic, obsessive compulsive and under the guardianship of Olivia and Astrid. He’s just locked in and won’t go out of the lab, so that’s an interesting restart from my point of view.”

FRINGE returns with new episodes on Friday September 23rd at 9PM on FOX. Catch up on past episodes you may have missed for free at clicktowatch.tv