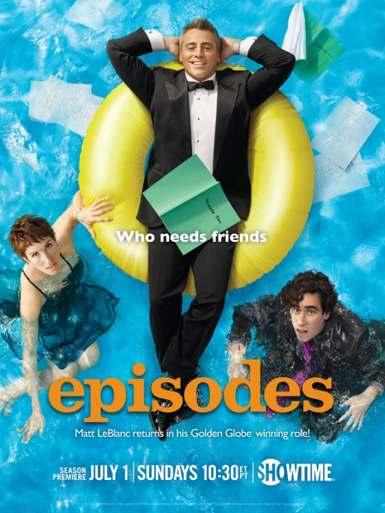 Saddest Waste Of Time: The most-discussed nipple in recorded history went to the Supreme Court as the judges were asked to decide whether to strike down the fines against CBS. Seriously.

Worst Rerun Ever: Nicollette Sheridan’s wrongful termination suit against ABC Studios will start all over again on September 10. And with the show over by then, this time we can’t even look forward to any spoilers in the testimony.

Worst Timing: Jonathan Frid, aka the real Barnabas Collins, died just as the release of the big-screen version of DARK SHADOWS would no doubt have resulted in one last chance for him to bask in the spotlight.

Best RIP Tweet: “You may remember Dick Clark as the world’s oldest living teenager,” tweeted Danny Bonaduce. “I’ll remember him as the man who beat me in a pushup contest… he was 74.”

And The End-Of-The-Road Award Goes To…: The Discovery channel, which this week announced that CASH CAB would no longer be filming new episodes.

Most-Needed Return: Having Mason Treadwell return to the REVENGE fold was brilliant. The guy’s snarky, slimy and downright devious. In other words, he fits right in!

Funniest Promo: In an advertisement for a special brawl-centric edition of DEADLIEST CATCH: AFTER THE CATCH, one of the participants referred to the cast as “The [REAL] HOUSEWIVES OF THE BERING SEA.”

Title Most In Need Of Changing: Bravo announced that among its new unscripted shows is one called THE GOLD COAST about a group of over-the-top 20somethings who live with their parents. If you’re thinking the “gold coast” must be somewhere glam or at least sunny, think again: It’s Long Island.

Most Binge-Worthy News: Netflix announced that the new episodes of ARRESTED DEVELOPMENT will all hit the site at the same time, giving fans an excuse to call in sick and get their Bluth on in one fell swoop. The bad news? It won’t be until next year, so don’t start popping that corn just yet.

Worst Casting: Lindsay Lohan and Perez Hilton will be playing judges on GLEE. The idea of either judging the talent of others is sort of like suggesting that Richard Simmons should offer fashion critiques.

The “Ain’t-That-Precious” Award Goes To… : Network execs who, confronted with falling ratings, blamed everything from DVR’s to the weather rather than a glut of programming and shows that disappear for months on end.

Personal Philosophy We’d Most Like To Make Our Own: “I shouldn’t have to tell you to do things, you should just do them!” declared Sansa to her GAME OF THRONES chambermaid.

Oddest Dis: Alec Baldwin’s alleged stalker finally joined the modern age by getting a Twitter account… but she’s not following the object of her reported obsession.

Best Tag-line: In touting the highly-anticipated (if only by us) return of Matt LeBlanc’s EPISODES, Showtime released a poster featuring the star floating in a pool surrounded by his co-stars with the words “Who needs friends.” We’re so there.

Worst Parenting: TODDLERS & TIARAS mom Tricia stuffed herself into a thong and bra before dancing for her child. She added that it was fine for the 2-year-old to watch because the child “acts more like she’s a 17-year-old.” Coincidentally, the mom happens to be a model, making us think the performance was more for the camera than her seemingly-disinterested kid.

Best Save: Just when we were ready to write the post-Colton season of SURVIVOR off, along came Troyzan and his enemy-making rants to liven things up.

Most Likely To Censor: Once again, the Parents Television Council is urging folks to help have a show yanked from the airwaves (this time, it’s THE B—- IN APT. 23) rather than suggest people monitor what their kids are watching. Apparently, it’s not enough that they not watch… they don’t want you to be able to watch either.