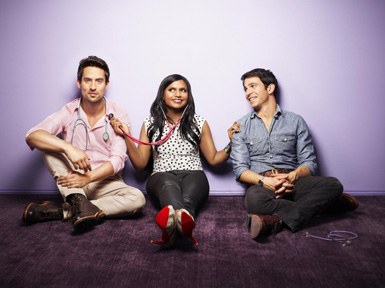 THE MINDY PROJECT
According to the Official FOX Description: Created by Emmy-nominated writer/producer and New York Times best-selling author Mindy Kaling (THE OFFICE) and starring Kaling, Chris Messina (DAMAGES), Anna Camp (THE GOOD WIFE) and newcomer Ed Weeks, THE MINDY PROJECT features Kaling as a skilled OB/GYN navigating the tricky waters of both her personal and professional life, as she pursues her dreams of becoming the perfect woman, finding the perfect man and getting her perfect romantic comedy ending.

Why We’re Excited: Having already devoured her Tina Fey-esque book (“Is Everyone Hanging Out Without Me?”), not to mention relished every moment Kelly Kapoor’s talking head popped up in THE OFFICE, we’re quite confident that Mindy Kaling’s unique voice will translate quite well to her very own self-titled project.

Why We Probably Shouldn’t Let Our Excitement Get the Better of Us: The three minute and thirty seven second trailer doesn’t so much highlight Mindy Kaling’s unique voice as it does her infatuation with Bridget Jones and Bridesmaids. 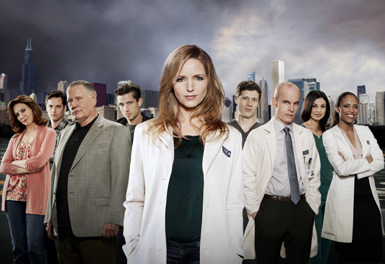 THE MOB DOCTOR
According to the Official FOX Description: The compelling new drama THE MOB DOCTOR will debut this fall. Executive-produced by Josh Berman (BONES) and Rob Wright (CROSSING JORDAN), the engrossing character drama stars Jordana Spiro (MY BOYS) as a brilliant, life-saving surgeon caught in a complex web between her promising medical career and her family’s debt to Chicago’s Southside mob.

Why We’re Excited: Despite our general lack of interest when it comes to primetime procedurals, Fox does have a knack for infusing their doctor/lawyer/cop shows with that little something special. Case in point, THE MOB DOCTOR feels more PRISON BREAK than procedural thanks to the show’s central conceit that sees its heroine trapped between two worlds. Also working in the show’s favor, an ensemble that features Jordana Spiro, Zach Gilford and Zeljko Ivanek.

Why We Probably Shouldn’t Let Our Excitement Get the Better of Us: Try as we might, we can’t seem to recall a less inspiring title than that of THE MOB DOCTOR. We’re just sayin’ 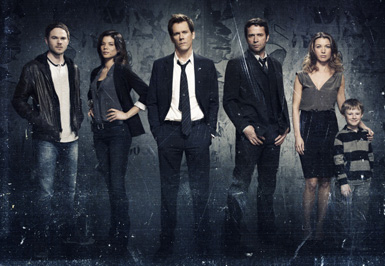 THE FOLLOWING
According to the Official FOX Description: Edge-of-your-seat thriller THE FOLLOWING, created by Kevin Williamson (DAWSON’S CREEK, Scream franchise) and starring Golden Globe Award-winning Kevin Bacon (X-Men, Frost/Nixon) and James Purefoy (ROME), premieres in midseason. The spellbinding and intense drama follows an ex-FBI agent (Bacon) called out of retirement to track down a devious and diabolical serial killer (Purefoy), the mastermind behind a nationwide string of murders.

Why We’re Excited: Combine the one-two punch of stars Kevin Bacon and James Purefoy, with creator Kevin Williamson’s penchant for keeping us on the edge of our seat and what you’re left with is our early frontrunner for most exciting new drama thus far.

Why We Probably Shouldn’t Let Our Excitement Get the Better of Us: Unlike THE VAMPIRE DIARIES, Julie Plec isn’t going to be around to lend Kevin Williamson a hand. A hand that the fast and the furious failures of HIDDEN PALMS, GLORY DAYS and WASTELAND might indicate is somewhat needed.

GOODWIN GAMES
According to the Official FOX Description: THE GOODWIN GAMES, the inventive new comedy from the executive producers of HOW I MET YOUR MOTHER, Carter Bays, Craig Thomas and Chris Harris, is slated for midseason. Starring Scott Foley (FELICITY), Becki Newton (UGLY BETTY) and Jake Lacy (BETTER WITH YOU), the family comedy tells the story of three estranged siblings who return home after the loss of their beloved father (guest star Beau Bridges, The Descendants), and unexpectedly find themselves poised to inherit more than $20 million – if, and only if, they can adhere to their late father’s trivial wishes.

Why We’re Excited: A new playground for the executive producers of HOW I MET YOUR MOTHER to play in featuring playmates Scott Foley, Becki Newton and Jake Lacy. Let the games begin!

Why We Probably Shouldn’t Let Our Excitement Get the Better of Us: As a TV Addict who has watched too many shows that we care to remember suffer as a resulted of showrunners splitting their time, the only downside to a new project from Carter Bays and Craig Thomas is how it might effect the mother ship that is HOW I MET YOUR MOTHER.

BEN & KATE
According to the Official FOX Description: BEN AND KATE, the heartwarming new sibling comedy created by Dana Fox (What Happens In Vegas) and directed by Jake Kasdan (Bad Teacher), debuts this fall. Starring newcomer Dakota Johnson and Nat Faxon (Bad Teacher, Academy Award-winning co-screenwriter of The Descendants), the comedy follows a pair of odd-couple siblings – one, an overly responsible single mom; the other, an exuberant kid-at-heart – and their friends as they push each other out of their comfort zones and into real life.

Why We’re Excited: COMMUNITY executive producers Garrett Donovan and Neil Goldman were just named showrunners of what on the surface looks to be the ideal companion to RAISING HOPE.

Why We Probably Shouldn’t Let Our Excitement Get the Better of Us: RAISING HOPE’s 4 million viewers does not a lead in make.