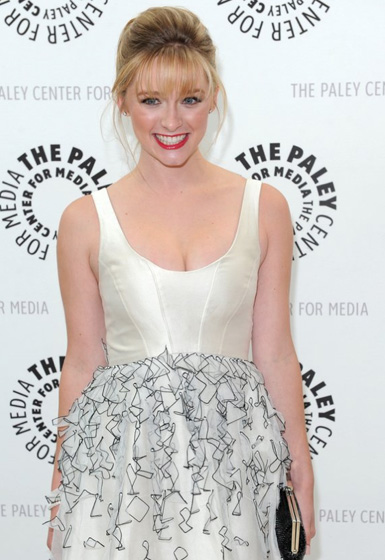 On Thursday June 21st, The Paley Center for Media celebrated the upcoming second season premiere of MTV’s AWKWARD with a preview screening and a panel discussion with the show’s cast and creative team. Thankfully for fans of the fantastic freshman series, theTVaddict.com’s very own Senior West Coast Correspondent extraordinaire Tiffany Vogt was on hand to snag a little one-on-one time with some of your favorites. Favorites like Greer Grammer, who not only was one of the few AWKWARD actors to take a serious stand in terms of who Jenna should be with, but dropped a doozy of a spoiler with regards to her character’s upcoming relationship status.