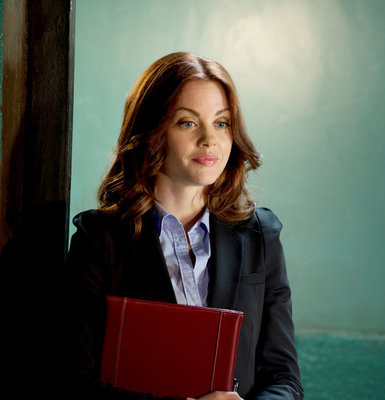 When HAVEN returns, there will be a few new faces populating the tiny town of Haven.  One newcomer is Bree Williamson who portrays the vivacious Dr. Claire Callahan.  Just where has the town’s resident psychiatrist been hiding?  Well, like all good things in Haven, people pop up not only when you least expect it, but they also appear just when they are needed to – and for a town suddenly plagued with “troubles,” there is a desperate need for a therapist.

Dr. Callahan is someone that both the “troubled” and non-“troubled” can talk to as she seems virtually unfazed by the upsurge of unique issues being presented on her therapy couch.  In fact, Claire seems to relish the fact that she can finally be of service in this time of crisis and need.  So willing or not, anyone dealing with Haven’s “troubles” is going to get a little help from Dr. Callahan.  This includes the reluctant Audrey Parker – who, in her short 6 month stay in Haven, has not only found out that her name is not really Audrey Parker, she may have actually lived in Haven as a prior incarnation of herself 27 years before as a woman known as Lucy and decades before that as a woman known as Sarah.  Audrey Parker is the ultimate therapist dream-come-true: an amnesiac with a supernatural twist.

So in a recent exclusive interview, Bree Williamson shared a little bit of insight about who Dr. Claire Callahan is and how she fits into the HAVEN world.

While Bree is a bit mischievous and was just dying to turn the tables during the interview, it was fun getting to know the woman behind the character.  The interview also revealed where Dr. Callahan gets her good-natured persistence and how she will be the perfect showcase for Bree’s wily charm.

Bree readily admits that she had a fantastic time working on the third season of HAVEN.  She loved digging deep and getting her hands in the thick of it by exploring the psychoses being explored on the show; for as she describes it, her character Claire knows all about the “troubles” and she helps the “troubled” with their “troubles.”  Thus, in order to do so effectively, Claire exhibits a take-charge attitude and insists on getting involved.

So when Claire pushes herself into Audrey’s life it is because she senses that Audrey needs her.  When Claire looks at Audrey, she sees a person struggling with not only her own identity, but also carrying the burden of everyone else’s “troubles.”  That empathy drives her to step in.  However, as much as Claire is supposed to be just a listener, she has her own opinions too and does not hesitate to offer unfiltered advice.  In addition, the time has come to put aside diplomacy and to insist on helping, for now that Audrey’s lifespan has a clock on it, there is no time to be patient and to wait for Audrey to seek her help.  So Claire seizes every opportunity to psycho-analyze Audrey, as well as everyone else around her, sneaking in therapy time as much she can since virtually every inhabitant of Haven needs her help whether they realize it or not.

Bree also offered that while most residents of Haven have a deep, dark secret or ulterior motive, Claire is a much more straightforward woman.  Claire’s one goal is to help and, as far as Bree knows, Claire is not harboring any secretly evil plans – for even Claire’s methods tend to side with the more tried and true conventional therapy methods opposed to simply chloroforming her patients and drugging them in order to force therapy upon them.  Though Bree admitted that Claire’s adventurous side makes her more willing to think outside-the-box, that just means she gets out of her office and is more likely to hunt down her patient than waiting for them to come to her.

As far as the mysteries of HAVEN and all the answers to be revealed this season, Bree recommends that viewers pay close attention and enjoy the ride.  It’s wild and only going to get wilder by the end.  So to meet and get to know Bree’s delightfully unconventional Dr. Claire Callahan, be sure to tune in for new episodes of HAVEN which air Friday nights, starting September 21st, at 10PM on Syfy (Friday September 28th at 9PM on Showcase in Canada). 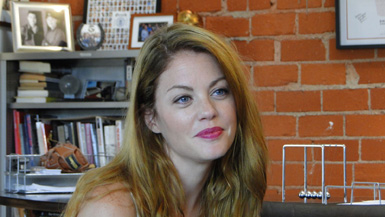