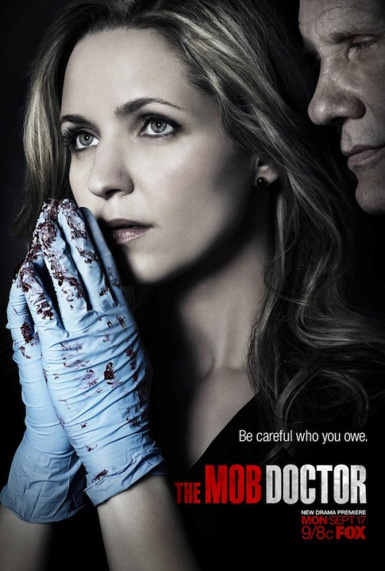 Hollywood is a brutal business.  But that is because it is subject the whims of a very fickle consumer base – the television viewing audience.  Viewers have a whole list of reasons they will not watch a television show, let alone why they tune in and then tune out in rapid succession.  But looking out across the recent crop of television shows offered by the Big 5 television networks, there are some very simple reasons some of these new shows are going to fail.

Bad Name
As any poor elementary kid saddled with a misfortunate name can tell you, names matter.  It can make the difference between being popular or ridiculed.  It can also be a precursor to success.  In television, it is even more important.  Unfortunately, it is as if show creators and studios use a bingo concept and simply pull a name out of a hat.  But name recognition and branding is essential.  It clues in viewers what the show is about and why they should watch it.  It is the single biggest lure to a show.

Shows like BATTLESTAR GALACTICA and FIREFLY are perhaps some of the best shows to ever grace the television screen, but viewers ran away before even checking them out.  The names either carried the weight of a previous incarnation or did not identify what they were really about to clueless viewers.  Even the short-lived TERRIERS knows all too well how detrimental the wrong name can be to a great series.  Viewers could have sworn that was a show about dogs, and not a cutting edge detective series.

There are undoubtedly countless other good examples of poor nomenclature killing a television series before it even aired, or which handicapped it as the show struggled to find an audience.  But for the 2012-2013 television seasons, the new crop of shows alternate between the good and the bad name choices.

Here’s the list of some of the new show names:  THE MOB DOCTOR, REVOLUTION, PARTNERS, BEAUTY AND THE BEAST, ARROW, LAST RESORT, NASHVILLE, VEGAS, ELEMENTARY, BEN & KATE, THE MINDY PROJECT, GO ON, THE NEW NORMAL.

Based on name alone, I know I couldn’t have guessed which of these shows was going to grab my attention, but I suspect that some viewers are going to see these names and make their decisions simply on whether the name is interesting enough to check out.  That is their loss, because behind these names lie some great shows.  Everyone should make a point of watching the shows before judging them – otherwise, they will be pulling their hair out about how they missed the boat on a great television show.

Bad Execution
How many times have we all read about a really cool sounding television show, only to watch it and wonder how they screwed up such a great idea?  It happens all the time.  What sounds good on paper can be ruined by poor execution.  That can happen in the writing process, the production process or even in the editing process.  Without the foundation of all the key elements need to bring a television show to life, a series can limp onto the television screen – leaving viewers to wonder how that was even possible.

Here’s a good clue about how this happens:  studios are banking on big names of stars or showrunners, when they should be relying on the quality of the product.  This is why studios have a “pilot” season.  It is to allow a creator to bring their vision to life and to see if what they end up with matches the cool concept that the studio heard in the pitch room or read on the page in a hot script.

But each year hundreds of TV pilots are made, and only a few actually make it to series.  That is because most shows do not live up to the expectations of what the studio thought it was getting.  It is their job to prescreen the pilot and keep the less than stellar ones off the broadcast airwaves.  But every now and them, one slips through.  Perhaps it is faith that the show’s creators or producers will find a way to polish the show and bring it around to the standard they were expecting.  Unfortunately, viewers are never that patient.  They do not give shows a chance to turn into a great show; they expect that a show will be outstanding right out of the gate.

So, if a show just isn’t strong enough right from the start, do not waste the opportunity to showcase another series, which may actually stand a chance when in the crosshairs of a fickle television audience.

Bad Casting
Just like a bad name can sink a show, so can the wrong cast.  Having a star that cannot carry an entire series is detrimental.  Sure, there is always the chance that everyone will focus on how great all the supporting actors are, ignoring how awful or simply wrong the lead is, but that it rare, if not unheard of.  Then there are other times when the entire cast just feels unbalanced and like they were simply thrown in a show together, and that is just as unforgivable.

The secret to Hollywood magic is casting.  Getting the right combination of actors and personalities working together can bring a show to life and make it must-see for anyone watching it.  From FRIENDS to SEINFELD, it is nearly inexplicable, but when the magic happens, but that is what makes a great show.  Studios are normally very carefully about approving show leads or an entire cast if it’s an ensemble.  When watching a new series, one should never think, “oh, they just need time to settle in and gel with each other.”  Shows like FRIDAY NIGHT LIGHTS have it from the second they are on screen.

Most of this season’s crop of series demonstrate faith in their competent actors, but very few have that feeling of magic.  Magic is when you cannot take your eyes off the screen.  It can also elevate a modest series to a great series simply because the actors are that riveting to watch.

Ever wonder why THE VAMPIRE DIARIES is the CW’s number one show?  If you haven’t figured it out yet, then I recommend you tune in and just watch its attractive cast parade across the screen.  That show knows it is all about the eye-candy.  But in that case, it is not that the actors are simply attractive, they are addictive on screen together.  The interpersonal chemistry screams for attention – and they get it.

What will be the shows everyone is talking about? The ones that caught our attention – that means a great lead and an addictive cast.

Bad Pacing
Let’s face it: time is a precious commodity.  As television viewers, there are thousands of constraints on our time each day.  Thus, television shows must keep up with the flow of our everyday lives and compete.  When the average viewer sits down to dedicate an hour of their time to watch a TV show, it had better engage their attention immediately, or they will be turning the channel or finding another show to watch.  This is where it is hard for scripted programming to compete with reality TV.  Reality TV thrives off finding the hook, the drama, the salaciousness of their characters and using that to keep its audience locked in.  But for scripted shows, it can be harder to lay a foundation and keep viewers tuned in long enough for them to figure out what is going on and why they should care about the characters.

The rule of thumb is 5 minutes.  If something compelling hasn’t happened in the first 5 minutes, then the viewer is changing the channel or at least wondering if there wasn’t a better way to be spending their time.  But even a strong opening scene will not sustain a series if the remainder of the episode or subsequent episodes do not keep up the pace to keep the viewers’ attention from wandering.  One of the best ways to hook a viewer is not just with an action sequence or non-stop action scenes, but also to find a way to make the viewer care about the core character(s) within a few minutes.  If you can answer the viewer’s question: why should I care? Then you have hooked your audience.  Viewers will be indulgent of slower pacing stories if the hero or main cast is compelling enough to follow throughout each episode.  Give us a reason to care, and we will keep tuning in.

Bad Timeslot
All of that being said, if a show has gotten past the first hurdles of bad name, bad execution, bad casting, and bad pacing, nothing can really save a show if it gets stuck in a bad timeslot.  Many successful television shows have jumped around timeslots trying to find their perfect fit.  It is an absolute gift to get the right timeslot right from the start.  Even LOST jumped around as it tried to find its perfect niche over its 6-season run.  Then there are shows like NCIS who landed in its perfect spot and has not dared move in its entire 10-year run.  There is an art to television broadcasting, not unlike a game of chess; and each move requires a countermove to keep strategic balance on the board.  When ONCE UPON A TIME debuted in the 8 pm timeslot on Sunday nights last year, it was virtually guaranteed to succeed simply because it was the perfect timeslot for the show.  It had a Disney-esque feeling to it and the fact that it featured fairytales made it felt like a natural fit for the old Sunday night Disney movie timeslot.  Plus, there was virtually no competition in the timeslot.  Its competition was geared towards an older audience and thus a family-friendly show fit perfectly in the timeslot.

Another show that won the timeslot lottery last year was GRIMM.  Friday nights at 9 pm is considered a “death slot.” Yet as GRIMM showed, there was an audience ready and waiting for it.  GRIMM was also a natural fit in its timeslot despite the competition from SUPERNATURAL and FRINGE.  It simply is the kind of show that viewers are looking for on a Friday night and, as a result, it flourished.

Several of the new shows this season are going to find themselves timeslot-challenged.  The best example being the new ABC series LAST RESORT.  Not only does the name create a handicap as it is not clear that it is a military drama and not a frolic-on-the-beach reality show, LAST RESORT is also airing Thursday nights at 8:00 p.m.  Traditionally, that is an awesome timeslot.  But in today’s modern era, and sandwiched between stiff competition with THE BIG BANG THEORY, THE X FACTOR, 30 ROCK and THE VAMPIRE DIARIES, it is hard to see if there will be any available viewers to carve out in this timeslot.  Perhaps there are, but it is going to be a challenge.

• “The Fall of Smart TV: Why It Is Disappearing Off the Television Landscape”
• “Bubble Watch: We Speculate If the Odds of Your Favorite Show’s Survival Are Forever In Your Favor!”
• “The Collapse of Primetime Television: Where Are Television Shows Going Wrong?”
• “A ‘Pie Theory’ for Television: An analysis of available viewers and how we look at competition on television”
• “The Intangibles Killing TV”
• “Losing Momentum Can Be Detrimental to Television Shows: How to Stop the Hemorrhaging”
• “The Secret to Television Success:  Why some TV shows are succeeding when others are failing?”