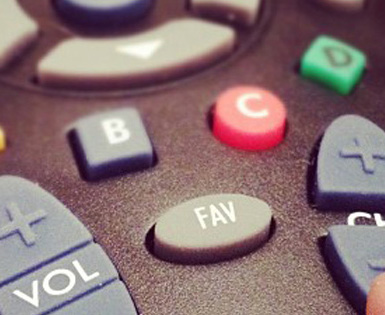 For the past decade we have been hearing how the television industry is becoming increasingly outdated. But that was more a reflection on its slowness to embrace new technology – whether it was digital media, social media or just recognizing that cord-cutters are growing by leaps and bounds. Less acknowledged is the reality that the Big 5 networks of television are also falling by the wayside due to their dinosaurian programming slates. At the century mark, television was still dominated by the Big 5 of ABC, CBS, NBC, Fox and the CW.

Shows not seen on those networks were few and far between – make that “scripted” shows.  There was always plenty of “reality TV” fare to be found, whether it was game shows, competition series, cooking shows, sports or recycled movies.  But the last decade launched not only new changes in how television was consumed via the Internet, but where it could be found. Freed by cable and satellite providers from being locked into just a few broadcast channels, new scripted fare began popping up all over the dial.

Where it used to be virtually unheard of outside of networks like USA Network and Syfy to dabble in creating original, scripted content as of today there are more networks than ever trying to carve out a piece of the broadcast pie.  It is no longer unheard of for average TV viewers to venture outside of the Big 5 and sample and tune in for shows on networks like FX, TNT, TBS, USA Network, Syfy, PBS, AMC, A&E, BBC America, History Channel, ABC Family, Lifetime, Sundance, and more.  Also jumping right into to compete with the “big boys” are newcomers DirecTV, Netflix and Amazon.

Television is not just about viewing shows on a square box in your living room anymore, it is content that can be viewed by any medium (television set, satellite dish, iPad, netbook, tablet, smartphone).

So with the newfound freedom to consume TV shows through multiple outlets and no longer tied to programming schedules thanks to DVR’s, on-demand, iTunes, and watching online, the proliferation of original content began to soar.  Unfettered by normal constraints of having to be streamed through the Big 5 pipeline in order to reach its audience, television shows discovered an independent audience using alternate content providers.

At first, the Big 5 shrugged with unconcern over the multiplying competition.  Their attitude was:  so what if they lost a few million viewers, they had plenty to spare.  While that may have been true initially, this past two years have proven otherwise.  The slow siphoning of viewers has led to mass erosion of viewership.  The Big 5 were no longer pulling in 7 to 30 million viewers per show, they have begun to see their viewership rapidly dwindle down to the 2 to 7 million range.  Three years ago a TV show only pulling in 7 million viewers was certain to be canceled in a heartbeat.  In today’s ratings climate, 7 million loyal viewers can be considered a rock-solid number (assuming it has the sufficient demograph number to back it up).

None of the top 10 television shows can boast 30 million viewers, not even the reality TV champs AMERICAN IDOL, THE VOICE, SURVIVOR or DANCING WITH THE STARS, which average 10-13 million viewers.  Even 20 million viewers seems far out of reach for these long-time juggernaut series.  Back in its hey-day the drama series CSI could easily hit the 30 million-viewer mark, and these days it averages around 10 million.  Today’s scripted TV king is NCIS, which hovers around the 20 million mark.  But that is an aberration. Most scripted shows on television today average much lower, between 7 to 10 million viewership, and there are huge fluctuations in those numbers depending on all kinds of factors, from everything such as: holidays, sports preemptions, political/news announcements, as well as the increasing number of people relying on time-shifted viewing.

But, by far, the biggest contributor to viewer erosion amongst the Big 5 networks as been increased competition from other networks.  As I wrote about in February 2012 in my article: “Our Television Pie Theory: An Analysis of Available Viewers and How We View Competition on Television”, there is only so many viewers to try to lure to TV shows.  There may be 315 million people in the United States, most of which have television sets, but even for major events like the Super Bowl or the Oscars, not even 50% actually tune in to watch. (An estimated 108 million watched the Super Bowl and only 40 million watched the Oscars.)

At any given time during the day/week, there is approximately only 35-40 million viewers available to watch all the shows combined.  That’s because despite our high unemployment rate right now, which hovers at the 7.9% mark, there are still over 160 million people who are working and they have limited time to actually consume or watch a television show. The rest are just too busy with their daily lives.  (See my November 2011 article “The Intangibles Killing TV.”

In addition, as stated in my December 2012 article, “So Many Shows, So Little Time: The Fight To Be In a TV Viewer’s Top 10!”, it has become virtually impossible to convince viewers to check out new shows simply because they have reached their saturation point.  There is, after all, only so many available hours to watch TV in a day and viewers are being extremely selective in what they will watch.

So with the ease of watching more TV shows made possible by the ever-changing and advancing technology, combined with the multiplying competition from dozens (if not hundreds) of networks and content suppliers (both via traditional broadcasting and on the Internet), viewers are in the midst of television nirvana.  They can literally pick and choose what they want to watch, when they want to watch it.

This has led to an interesting shift in the power rankings of Hollywood.  No longer is “television” constrained to the Big 5 and what they deem worthy of viewers’ attention.  Instead, viewers now have control and what they watch is dictating what is power-worthy in scripted content.  Long gone are the days where shows like ER, LAW & ORDER, CSI, LOST and DESPERATE HOUSEWIVES dominated the ratings.  These days shows like THE WALKING DEAD, THE BIBLE, GAME OF THRONES, DOWNTON ABBEY, SONS OF ANARCHY, MAJOR CRIMES, HATFIELDS & MCCOYS, VIKINGS, DUCK DYNASTY, and dozens of other shows you may not heard of are dominating viewers’ attention.  Those shows’ ratings are literally blowing other shows off the ratings-grid.

Networks like AMC, FX, History Channel, A&E and TNT have quietly become the ratings juggernauts of today, closely followed by PBS, HBO, Showtime, and USA Network.  Comparatively, these networks are pulling in massive ratings for relatively few shows.  So their production costs and expenditures are slight compared to one of the Big 5 which must fill 15-20 primetime hours with TV shows a week to compete.  While AMC, FX, A&E, TNT and the rest may not yet be offering 15-20 hours of original scripted programming, they are getting a lot closer.  2013 is an unprecedented year as more and more content-providers are expanding their original content, each seeking a bigger piece of the viewership-pie and, astoundingly, getting it.

Viewers are not only embracing the new era of content-providers, they are seeking it out – and not just on their television sets.  Viewers are turning to the Internet for original programming as well, as indicated by the sheer massive numbers of YouTube viewers for such series as “The Lizzie Bennet Diaries,” a modern video adaptation of the classic Jane Austen book “Pride & Prejudice.” Currently “The Lizzie Bennet Diaries” has exceeded 30 million combined views for its 100 webisodes (which will be released on DVD thanks to a successful Kickstarter campaign which ends April 22, 2013).  In fact, to date, it has already exceed its Kickstarter goal by 600% with another two weeks remaining.

So what does all this mean?  It means CBS, Fox, ABC, NBC and the CW have good reason to worry.  Their impenetrable television-base is crumbling from beneath their feet, as their former monopoly on original TV series and content are continuing to wither and erode. The siphoning-effect by the increased number of competing networks and the rise of Internet-only content has stolen their viewing audience – and it does not look like viewers are coming back.

This is great news for viewers who can happily choose amongst the vast array of content to their heart’s delight; but this is the death-knell for the former Big 5 television networks; and the clock is ticking down to see on which of the Big 5 the curtain will fall first.  Given the mass exodus of viewers from NBC, many entertainment pundits have speculated that it will be the first; though with a few standout shows clinging to their ratings, NBC is not totally out of the game yet.  So as the Big 5 desperately claw to retain traction in the current television market place, perhaps the more interesting question is which of other content-providers shall soon replace the former Big 5.  Some would say that day has already arrived after watching how effectively THE WALKING DEAD, DOWNTON ABBEY, SONS OF ANARCHY and dozens of other shows have effectively trounced their competition on all five of the former champion networks.

Never before has the game of television been so in flux and the change is fascinating.  There is indeed a change coming and the Big 5 are toppling.