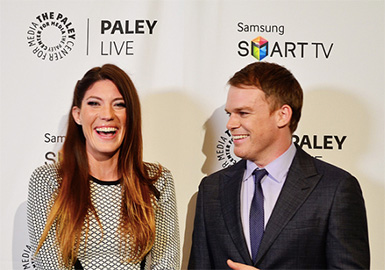 Taking a minute to offer their reflective thoughts on the remarkable series, a few of the cast took the time to share their thoughts on DEXTER, the legacy of the show and their favorite villains:

Dexter Morgan, the Ice Truck Killer, Trinity, Hannah McKay, the Brain Surgeon — astoundingly these simple names and monikers are going to be forever etched in our memories. DEXTER, as a series, challenged us to embrace a serial killer and the Code by which he lived.  It also encouraged us to root for his unique viewpoint and the heinous crimes he committed, all in the name of ensuring justice was served and that the criminal garbage roaming our streets would meet a death fitting their own crimes.

Simultaneously, DEXTER helped redefine what is family and what it means to love, cherish and protect one’s family — no matter what their sins.  The unusual relationship between Dexter and his adopted sister Deb has been one of the most riveting and mind-boggling relationships to grace the television screen.  But we understood that underneath it all, they were a brother and sister who simply loved each other no matter what.

We hope that the final episodes will continue to honor the characters we have grown to love and that the show will find a fitting end to this incredible journey we were privileged to take with them. So be sure to tune in for the final two episodes on Sunday, September 15th and 22nd at 9:00 p.m. on Showtime to see how it all ends.  We will be rooting for a good ending to a remarkable series that captured our hearts.