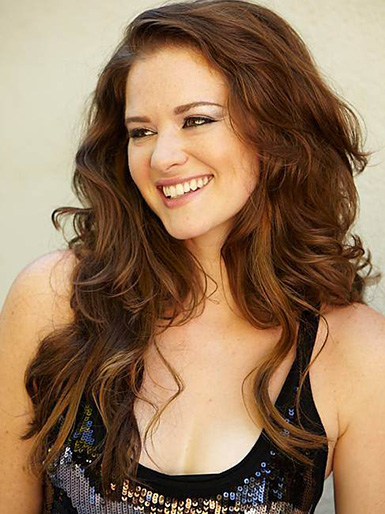 From EVERWOOD to DARIA, Sarah Drew has an incredible resume.  Her most notable work, as the church-going surgeon on GREY’S ANATOMY is impeccable! And she has a new movie “Mom’s Night Out” coming out soon! I spoke with the GREY’S ANATOMY star about the show, what her hopes are for April and how she feels about the frustrating, addicting, and mesmerizing chemistry between her character and Jackson Avery.   As well as her latest role, playing Allyson in Mom’s Night Out. 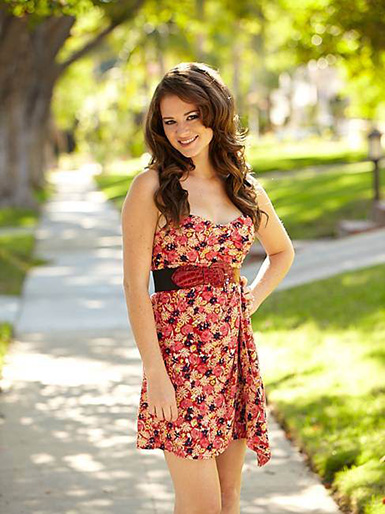 April has changed so much since we first saw her a few season back, how has your preparation as an actor changed?
Sarah Drew: My preparation hasn’t really changed. I’ve just sort of evolved with her. I think she has become a little bit more like me, which sometimes happens when you play a role for a long time.

If you weren’t playing April on the show is there another character you could see yourself playing?  When you originally auditioned for the role what drew you so much to the character?
I think it would be fun to play Christina because she is so different from me. That would be a fun challenge. I didn’t actually audition for this role. I had worked for Shonda before and she wrote this role for me. It was only supposed to be a two episode guest spot, but after my second episode aired, they called me and told me they wanted me back as a potential series regular. That’s was some pretty incredible news!!

Do you pitch ideas to Shonda Rhimes and the writers if you have an idea for your character?
We do. We all do. We mostly pitch to Tony Phelan who heads up the writing room. Shonda and Tony and the whole team have made us all feel incredibly valuable. They are always asking us to bring them ideas. It’s a privilege to be so valued and heard.

How do you feel about April and Jacksons tension, are you hoping they end up together?
Regardless of what happens romantically with April and Jackson, I have always loved their relationship. I think it’s a complex and deep friendship.  I honestly think April could be very, very happy with either Matthew or Jackson, but Jackson will always be a significant part of her life no matter what happens.

Where do you see your character going, what’s in store for April?
I don’t know. I think that whatever choice she makes in that barn will lead to significant heartache for her and for someone else as well. It’s gonna be hard to recover from the mess of all of that– no matter who she chooses. She’s got an emotional roller coaster ahead of her.

What do you want to happen to April, what challenges would you like to see her go through, how would you like to see her handle the things that are happening in her life?
I would like to see her continue to own who she is, to hold her ground and to speak up for the things she cares about. Her journey has been one of sometime coming out of hiding and I have loved seeing that. I would like for her to continue to come into her own and be comfortable in her own skin. I would also like her to own her flaws, take responsibility for them, but not be paralyzed by guilt about them. That would be cool.

Can you tell us a little bit about your character Allyson in your upcoming film, Mom’s Night Out??Allyson is a stressed out mom of three who feels like she is just not enough for anybody. I think she is a deeply relatable character.  I think any mom out there will see a piece of themselves in Ally.??In the trailer for the film we see your character, as well as Patricia Heaton’s character in a cab chasing after your stolen mini van.  It seems like a lot of the film features fun, outrageous scenes like that, what was it like filming this movie and those adrenaline filled scenes??Oh my gosh! Leaning out of that cab during the car chase was sooo much fun! I never get to do cool stunts like that on Grey’s so this was a fun and exciting change of pace for me. This film has a lot of fun, fast paced, high-energy scenes but it also has beautiful deep and quiet moments as well. That’s what drew me to the project.?
In Mom’s Night Out you play Allyson, a mom who is desperate for a night out with her girlfriends.  As a mom yourself and having a career as demanding as you do, what do you like to do when you get your own mom’s night out??I love going out to dinner with my gals and eating great food and drinking great wine.

You can watch Sarah on GREY’S ANATOMY on February 27th when it returns on ABC.  You can also catch her in “Mom’s Night Out” in theaters May 9th. Follow Sarah Drew on Twitter at @SarahDrewGreys