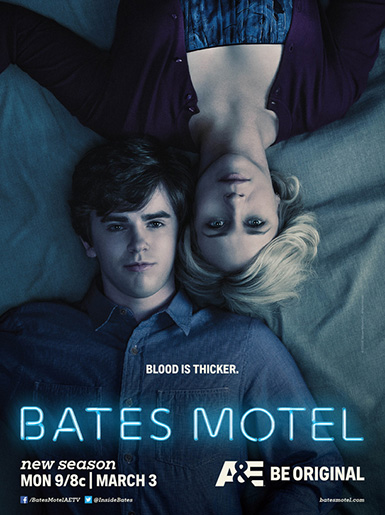 “The incredible writing team and talented ‘Bates Motel’ cast has made this series one of the most compelling original dramas on television,” said McKillop. “The brilliant twists and turns of the past two seasons keep its loyal fan base coming back for more. We are so proud of the show.”

?Season three of “Bates Motel” will begin production this fall on 10 episodes.

“Bates Motel” is a contemporary prequel to the genre-defining film Psycho, and gives viewers an intimate portrayal of how Norman Bates’ psyche unravels through his teenage years. Series stars Vera Farmiga in her Emmy-nominated role as Norma Bates and Freddie Highmore as Norman.