Stan Lee certainly is a busy man. He’s currently in the midst of remaking the Marvel classic The Fantastic Four, a sequel to the Avengers, and is also looking forward to releasing Stan Lee’s Mighty 7: Beginnings next week.

Lee’s Mighty 7s will see him lending a hand to a group of aliens who want to learn how to become superheroes. And who better to deal with the task? As former president of Marvel Comics, Lee’s lifetime of work includes co-creating some of todays best loved superheroes, including Spiderman, the Hulk, The Fantastic Four, Iron Man and X-Men.

Lee’s impact on popular culture has inevitably had a monumental effect on movie paraphernalia, with a report from Ad Age in 2012 revealing that Marvel merchandise had racked up an impressive $6 billion. From lunchboxes to hotel key cards, there’s hardly a product out there that’s resisted Stan Lee’s golden touch. “The superhero transcends age, gender and ethnicity,” says Robin Korman, head of loyalty marketing at hotel chain Wyndham Worldwide, which is probably one of the reasons that online casinos have taken the image under their wing. 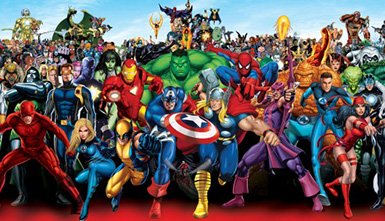 Sports Interaction, in particular, have been hot on using the superhero image in their online slots games, with a full range comprising our beloved Stan Lee favourites such as Captain America, Hulk and Iron Man. Without having to leave the house, online players can indulge in a high thrill battle between heroes and villains at the click of a mouse.

It’s quite clear why the two go hand in hand – one represents a colourful life-threatening battle between good and evil, and the other is superheroes. Merchandising is a beautiful marketing tool not only for the film being represented, but also for the business using the brand – consider how much traffic will be generated for that casino website once it publishes its affiliation with The Fantastic Four.

And what does the man himself think about this impact on popular culture? Why are superheroes so popular in online casinos? 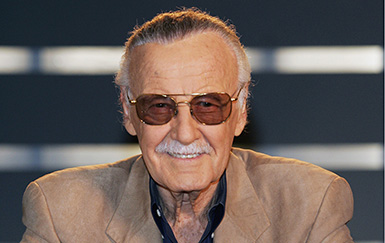 “I have a theory about it. When you were a kid you probably enjoyed fairy tales. Kids love to hear about giants and monsters and wicked witches and princes who rescue the princess and so forth. When you get a little older and you can’t read fairy tales anymore, suddenly along come superhero stories — which to me are just fairy tales for grownups.”

There you have it – whether you’re a child or an over-21-year-old legal gambler, you’re never too old to love a good superhero.