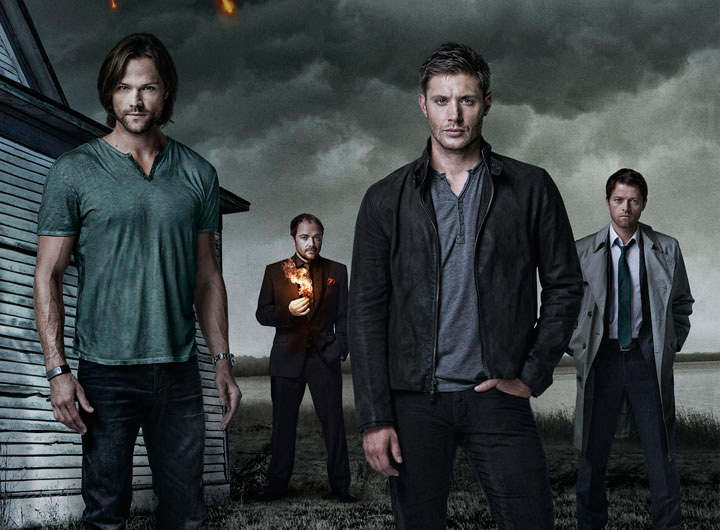 Hard to believe that SUPERNATURAL — once a not-particularly-scary monster-of-the-week show — has become one of the funniest, coolest, most consistently entertaining shows on television… let alone that tonight, it’ll kick off its 10th season! But to mark the occasion, the show put together the kind of retrospective that only they could do. So what made the hour so awesome? Read on!

The title.
No show has proven better at skewering the conventions of traditional television shows (there’s a reason Changing Channels tops just about everyone’s list of “favorite episodes”). So it’s not surprising that even their clipfest’s title, “A Very Special Supernatural Special,” took a swipe at a TV trope. (It’s worth mentioning that they’ve done this before, most notably with the fantastic holiday outing, “A Very Supernatural Christmas.”)

The humility.
It’s easy to trot out a list of high points, but SUPERNATURAL actually talked about their worst episodes, with creator Eric Kripke citing season one’s “Wendigo” (which he penned) and “Bugs.” After describing the set-up of “Wendigo” as being, essentially, people walking through the woods and killing a fake-looking creature, Kripke noted, “If that sounds like that sucks, it does, and the episode did.”

The man-on-vehicle love.
As Kripke said of Dean’s beloved 1967 Impala, “We have the modern show that everyone associates with a cool car, and that’s awesome.”

The Castiel “bashing.”
In talking about the megapopular character, Jensen Ackles joked that he was “still trying to figure out who that is and why he’s relevant.” Mark Sheppard (Crowley) summed up the angel’s appeal by pointing out, “it’s the cheapest costume you can put together if you’re a fan.”

The appreciation.
It’s impossible to talk about SUPERNATURAL as a whole, let alone its longevity, without acknowledging that it has some of the most devoted fans on the planet. And just as the series has recognized that fact by creating meta storylines around the love the Winchester boys engender, the special showed a whole lotta affection for viewers. As Sheppard said, “I’m very wary of people that aren’t fans of something. I mean, it’s kind of weird not to freak out over cool things.” And really, do they come any cooler than SUPERNATURAL?