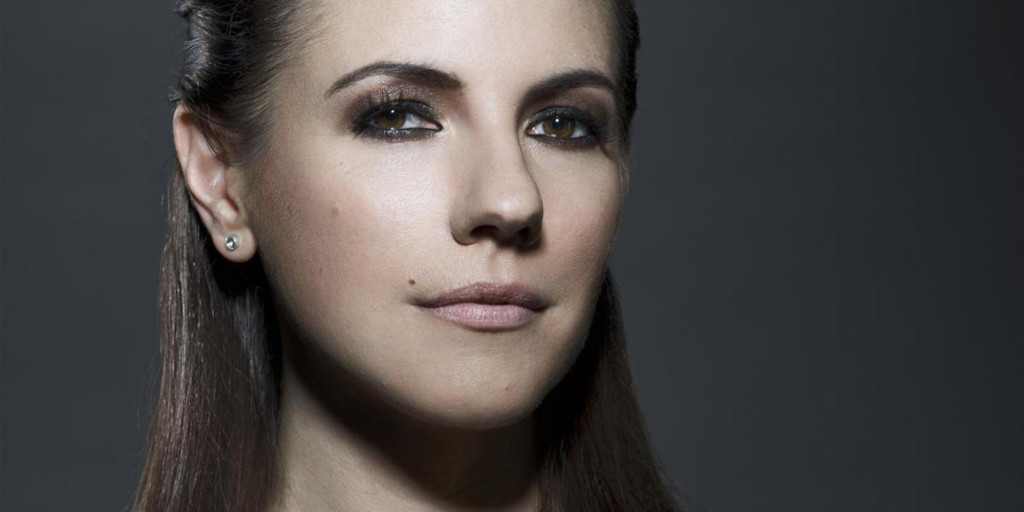 Tonight marks the beginning of the end of LOST GIRL. Premering four seasons ago, this Canadian, nay, international success story helped define its network (Showcase) as the place to go for butt-kicking protagonists and genre television (RIP CONTINUUM). In anticipation of tonight’s fifth season premiere (9PM, Showcase), the TV Addict was afforded the opportunity to talk one-on-one with titular star Anna Silk. See what she had to say about her amazing journey, what’s in store for Bo and what momento she kept as a memento, after the jump.

LOST GIRL kicks off its fifth and final season tonight, an incredible accomplishment for an television show, not just a Canadian original. What was your reaction upon learning that this was the end?
Anna Silk: The initial day I found out was a pretty sad one, knowing that this would be our final season and I’d have to say goodbye to a cast and crew that I’ve come to think of as family. Having said that, I feel very lucky that we knew going in that this would be our last season and we’d get to tell the story we wanted to tell.

Knowing that this would be the last season, can you let fans in on the type of conversations you had with the showrunner? Was there anything in particular you wanted Bo to experience this season?
It’s funny because right before the season started, the meeting I had with our showrunner Michael started with him asking me the very same thing. Unfortunately I can’t tell you what those things were because he put them all into the season which was just incredible! It showed such a great respect for me and for Bo and I got to do some really fun things. Things that I sort of dreamt big about and made off the cuff remarks about, Michael heard me and made them all come true which is really cool.

What can you tell us about this season!
In terms of the bigger picture, it was such a fun season to shoot, probably my favorite. Although I loved every season for different reasons I just feel like this final season, a lot of big things happen. It’s a Fae world and with that comes life, death, heartbreak and love… to an extreme point. It was like finishing a really fantastic book, I’m still thinking about how we ended things.

Which raises the question. Is it really the end of LOST GIRL, or like many entertainment properties of late, was the finale written so that the show might one day re-appear on say Netflix, or Shomi!?
Ii think it’s a real ending. While audiences are still really excited about the show, we’re finishing strong. I think it’s the smartest way to end things.

Last season ended with quite an ending for Kenzi, have we really seen the last of her?
Heartbreaking things did happen at the end of season four. Luckily season five picks up shortly after the events of the fourth season finale. Bo has a lot of anger and drive to get Kenzi back and a drive to reuinte her family and get answers. So I can’t give anything away but I can say that Bo is on a mission at the beginning of season five.

Where is Bo in terms of her relationships with Dyson and Lauren?
The original love triangle between Bo and Lauren and Bo and Dyson is certainly not gone as we move forward into season five. It’s still very presetn and very evolved and takes on new challenges.

Looking back on the show’s five years can you possibly pinpoint a favorite moment, scene or episode that really stands out?
Oh gosh, I was thinking about that the other day and it’s really hard to do. I think of scenes with the whole cast and crew on set, that great energy. But personally I have such a unique relationship with each and every actor on the show and each and every character on the show. Scenes with Lauren, Kenzi, Dyson, Trick, they’re all so different and each brings out a dif side of Bo. That said, on eepisdoe that stands ou in terms of how much fun we had was the episode where our character switched bodies. It was a really fun episode because while we were filming it, we all looked at eachother and wondered if this was going to be a disaster. It was really fun because we were all there acting crazy, supporting eachother and just went for it because we had no choice. It turned out to be a really great episode and I think it bonded us together as a cast to a whole new lever.

Did you take anything from the set as a momento?
I took a lot of Bo’s clothes! [Laughs]. I also took Bo’s red komono which she wore in our first pilot which actually aired as episode eight in the first season. It was this komono where Bo gets her ass kicked in the bathroom, my first fight scene and that komono has a special place in my heart. I also took Bo’s knife that was built espeically for me.

And finally, what’s next?
I am in Los Angeles right now but there is nothing specific. When LOST GIRL wrapped up I really wanted to take a little bit of a break and spend some time with my son. But it’s funny, as soon as you say that you’re taking a break, opportuites seem to creep up more than you expect. So I don’t know yet!