Last night, the likes of “Revenge,” “The Affair,” and “The Newsroom” were clouted by death, rape and adultery. Before it’s too late, a few thoughts on each of Sunday night’s controversial dramas: 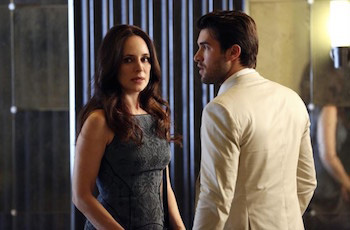 On “Revenge,” Daniel’s death seems to be playing into a potential endgame.

The writers have quickly gotten “Revenge” back on track after a couple of very shaky seasons, and one of the most joyous parts of the show’s resurgence has been the development of Daniel as a character outside of Victoria and Emily’s worlds.

The breadcrumbs leading up to his demise were painstakingly obvious, so much so that it almost managed to take away from the genuinely good moments that came before it, but Conrad’s return, albeit in flashback form, was a great surprise, and something I’m glad the show managed to incorporate into Joshua Bowman’s final episode.

Daniel Grayson died a hero, and an expected father-to-be. To say the return of his nearly good guy persona was anything but surprising would be a lie. His death wouldn’t have occurred had Victoria not told Malcolm Black’s daughter of Emily’s true identity, but I imagine she’ll find some way to blame her son’s death on the revengey girl next door, reigniting their series-long feud one last time as the series starts winding down. 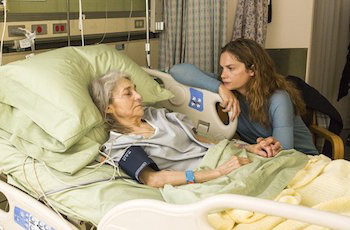 “The Affair” is just ‘sticking it out’ until next summer.

Last night, “The Affair” made clear that Noah and Alison have unfinished business. Following the loss of her grandmother, and the solidification of her mother as aloof, the adulterers said “I love you” for the first time.

It had been four months since Noah last saw his mistress, but it was clear that the time apart did little in the way of extinguishing his feelings. Helen still doesn’t trust him (who can blame her!?), and he doesn’t think he can keep apologizing for an action he can’t take back.

At this point, the show seems eager to get our characters to next summer. After all, Scotty’s funeral, and Detective Jeffries’ investigation into the Lockhart brother’s death, won’t truly get started until Labor Day 2015. In the interim – however long it may be in terms of episodes – it’ll be interesting to see if the present strain on Noah’s marriage, and his discussion with a regretful Bruce about his own mistress, will persuade him that being with Alison is the only thing that’ll truly make him happy, and prevent him from becoming his father-in-law. 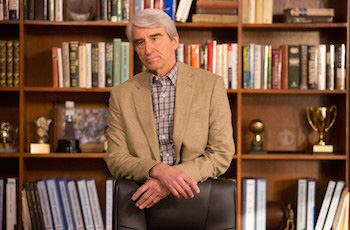 In just one hour, “The Newsroom” f-cked the rest of everything up.

Charlie Skinner might be dead, but it’s Aaron Sorkin’s legacy that might have truly died last night.
“Oh Shenandoah” was an unsalvageable mess. I don’t need to tell you that; a lot of great writers already have. Don Keefer took it upon himself to ask a rape victim not to confront her rapists on ACN’s air, and told her that the website she built for rape victims to speak out against their rapists was nothing more than revenge porn. Really. Later on, the head of ACN’s news division was literally killed by new media. Yes, really. Once the episode came to an end, a female “Newsroom” writer, Alena Smith, took to Twitter to share her distaste in the rape plot, informing anyone who was willing to read what she had to say that she had spoken out against the subject matter to Sorkin, after which he kicked her out of the writers room. Today, he went and stuck his foot in his mouth about the whole ordeal, and there’s really nothing more to say.

Season three started unusually strong, and I let myself get too excited. The abbreviated final run has been plagued by incessant mansplaining and countless subplots I can’t force myself to give a damn about. Really, it’s all just very unfortunate. It’s a giant, unsalvageable mess, and one I’ll be speaking more about following next week’s series finale.