The fall TV season might be winding down, but midseason is just a few short weeks away. Today, we’ll take a look at what to expect this winter, from probable hits to probable misses, and everything in between.

A cornucopia of final seasons are coming sooner than you think
Final seasons of acclaimed comedies “Cougar Town” (Tuesday, January 6 on TBS, Click here for preview) and “Parks and Recreation” (Tuesday, January 13 on NBC) are coming up, as well as the abbreviated final season of former mega hit, “Glee” (Friday, January 9 on Fox). Over at NBC, “Parenthood” will return for its final four installments beginning January 8, and the last episodes of “Mad Men” will air on AMC later this spring.

CBS staple “Two and a Half Men” will conclude with an hour-long series finale on February 19. It will exit prime time as the second longest-running live-action comedy of all-time, only behind “The Adventures of Ozzie and Harriet,” which ran for 14 seasons between 1952 and 1966. Charlie Sheen and Ashton Kutcher’s tenures amassed a combined total of 12 seasons and 262 episodes, outliving the likes of “Mash,” “The Jeffersons,” “Cheers,” “Frasier” and “Married… with Children,” all of which were on the air for 11 seasons.
Other notable sendoffs include the current run of CBS’ “The Mentalist,” and the upcoming return of FX’s “Justified” (premiering January 20).

“Community” is coming to Yahoo
After a creatively resurgent fifth season, the low-rated “Community” was canceled by NBC one season short of fulfilling its #SixSeasonsAndaMovie mantra. Luckily, internet giant Yahoo, eager to join the ranks of Netflix and Amazon in the original programming game, picked the show up for an additional 13 episodes. Though a premiere date hasn’t been confirmed by Yahoo, showrunner Dan Harmon touted a presumed January 27 start date on a recent episode of The Nerdist podcast.

The college-set comedy will also have the chance to celebrate its 100th episode, becoming one of only 11 single-camera comedies to ever reach that milestone. 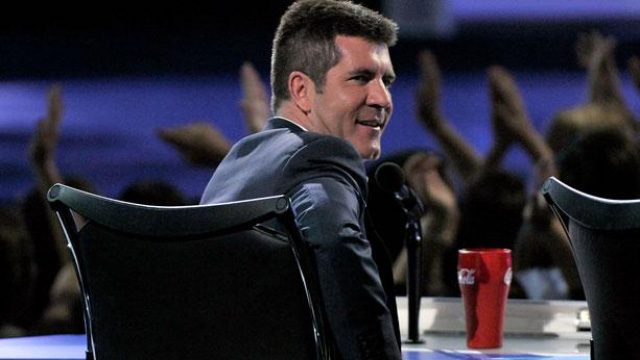 The once almighty “American Idol” is likely to see further ratings declines on an already struggling Fox
Ratings for former reality juggernaut, “American Idol,” were down over 30% in 2014, often coming in second or third place behind fellow Wednesday staples “Survivor” and”Modern Family,” and “The Big Bang Theory” on Thursdays. Assuming the declines are a result of viewer fatigue, Fox will only air the show one hour per night, instead of its usual two hours on Wednesdays and one hour on Thursdays. If that doesn’t work, the network is already courting Simon Cowell. If “Idol” declines grow more troublesome in 2015, they can promise the mogul the revival of his passion project, a fourth season of “The X Factor,” in exchange for his return to the aging singing competition in 2016.

Former “Friends” are here to make us laugh again
As Courteney Cox starrer “Cougar Town” winds down after an impressive six-season run, Matt LeBlanc’s “Episodes” returns for a fourth season on Showtime on January 11. Meanwhile, a remake of “The Odd Couple” starring Matthew Perry will premiere ahead of the “Two and a Half Men” finale on CBS, getting the cushiest possible time slot behind TV’s number one comedy, “The Big Bang Theory.” It debuts February 19. 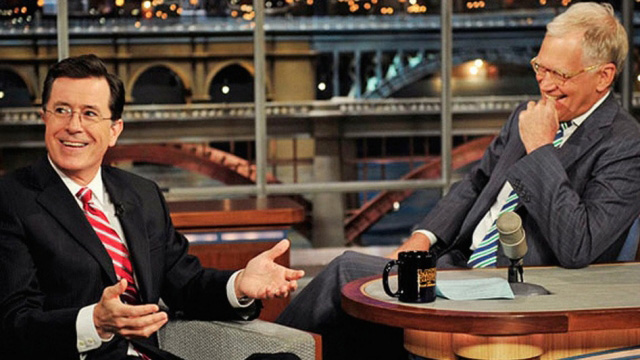 More changes are upon us in late night
Next Thursday, Stephen Colbert will leave “The Colbert Report” behind to takeover as host of CBS’ “The Late Show” in late 2015; David Letterman officially steps down on May 20. “The Daily Show” correspondent, and executive producer of “black-ish,” Larry Wilmore, will take over Colbert’s 11:30 time slot on Comedy Central with “The Nightly Show” beginning January 19. On March 23, “Into the Woods” star James Corden will become host of CBS’ “The Late Late Show” following the exit of longtime host, Craig Ferguson, whose final episode airs December 19. A bevy of guest hosts will fill the time between Ferguson’s exit and Corden’s debut.

A promising night of comedy is coming to HBO…
Sunday, January 11 will see the fourth season premiere of “Girls” at 9, and the second season premiere of “Looking” at 10. Sandwiched between them is the new Duplass Brothers comedy, “Togetherness,” starring Amanda Peet (“Studio 60 on the Sunset Strip”) and Melanie Lynskey (“Two and a Half Men”). A second season of “Last Week Tonight with John Oliver” premieres February 8 at 11.

… while there’s a less promising future ahead for ABC’s newest half-hours
Over at the Alphabet Network, the four-week musical extravaganza, “Galavant,” will fill the void left by a midseason hiatus for the popular “Once Upon a Time.” Its eight-episode run is being deemed a “limited event,” indicating the network has little to no faith that the show will live beyond those eight episodes. Another new ABC comedy, “Fresh Off the Boat” (pictured above) will air Tuesdays at 8 beginning February 10 after a one-time sneak preview Wednesday, February 4 behind “The Middle” and “Modern Family.” The show will be left to fend for itself against CBS’ “NCIS,” NBC’s “The Voice,” and The CW’s “The Flash.” Its chance of survival is bleak.