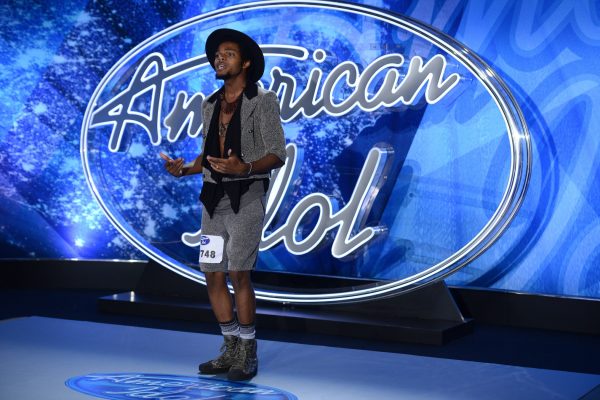 ‘Idol’ strolled into the Big Easy last night and Harry predictably had very high and specific standards for the hopefuls from New Orleans.

So who lived up to the judges’ lofty expectations and who fell flat? Luckily, there was a nice mixture of both last night.

THE THREE BEST AUDITIONS
Greyson
This was the guy who went full dad-on-vacation outfit with the collared t-shirt and thong sandals to compliment his cargo shorts. He brought his girlfriend along for moral support and played an original song they play together in their band. “Chasing Shadows” is a pretty solid-folk pop song and Greyson has a great gritty voice for it – like a rich man’s Phillip Phillips.

The kid did show every bit of his fifteen years with a face full of zits that may have actually increased his scrawny-boy bodyweight by about 5%. That’s a sure sign that he could be a bit of a fluke and maybe this type of song is all he can do at such a young age, but he does it well enough to be a potential standout in the competition this year.

Mikey
This was the guy who came in just as a conveniently placed video package saw Harry desperate for an authentic New Orleans artist. I don’t know if Mikey was necessarily New Orleans, but he was certainly authentic. He sang an original song with a sound that was totally his own: I’d never heard anything like it before. It was like Louis Armstrong swallowed Frankie Valli, and I swear to God that’s a compliment.

I don’t know where this guy fits into this competition, but I really want to see him try to reinterpret pop songs once they get to the live shows. His sound is going to create something special.

Adam
This was the guy who was mentored by Santana and has become good enough at guitar that he can finger pick with a broken thumb. That kind of shouldn’t be possible.

He made it a clean sweep of guitar guys singing original songs in the top three this week. He was more of a straight blues guy who brought the most of the classic New Orleans sound to his performance of anybody on the show this week. His voice is solid, but it’s his guitar work that really made him stand out. Yes, this is a singing competition, but this guy is Lindsay Buckingham with the finger picking, but with a voice that’s pure Delta Blues.

Imagine what he can do with a healthy thumb.

THE THREE WORST AUDITIONS
Quentin
This is the guy who came in dressed like a chimney sweep that needed to visit a seamstress yet insisted fashion played a very crucial role in his life. Singing, hopefully, is not as crucial to him. It’s clear he loves to do it. Like really loves to do it. Loves to overdo it in fact. He was a big proponent of the Christina Aguilera school of using fifteen notes when one will do, but unlike Xtina, he doesn’t have nearly the voice to support it.

He gave us a prime example in his audition. He chose to sing “Royals” by Lorde. A song that doesn’t require too much singing – some rap/singing will do. It’s a simple tune that requires stark simplicity to make it work. He decided to belt it like a torch song meant to stop the show in a mediocre musical. It’s a poor interpretation of the song and he exacerbated his bad choices with every insane run and unnecessary vibrato he piled on to his performance.

Ricky Dale
This was the cherubic little country kid who really seemed to love to sing country. I mean he must have really loved to sing it because he smiled like both halves of a couple in a gum commercial while he sang “Thunder Rolls” which is a song about infidelity and ultimately a wife murdering her husband. You know, just the song you want to sing like a member of the Country Bear Jamboree at Disneyland. It was so out-of-context it almost made him seem like a serial killer. Or at least a guy who just loves a good bit of cheating.

Astonishingly, J-Lo said she loved that Ricky really felt every lyric he sang. If that’s the case, this kid is a budding sociopath who should probably be tracked like a potential supervillain in some dystopian comic book series. He did have a decent country sound though, it was just such a gross misinterpretation of the song that any musical ability was rendered moot.

Drew
This was the guy who came in rocking a three-piece suit straight out of the 80s stockbroker collection at Burlington Coat Factory. He gave us something that seemed impossible after ‘Idol’s’ Second Season. He may have finally beaten the “Like a Virgin” guy for most frighteningly bad combination of dancing and singing we’ve ever seen in an audition on this series.

His spastic convulsions that attempted to emulate The King of Pop were only outdone by the utter tone deafness of his vocals on “PYT”. Just an absolute perfect marriage of horrific vocals and dancing that makes you think the preacher in ‘Footloose’ was onto something.
So I ask you, the reader – which one do you think is worse?