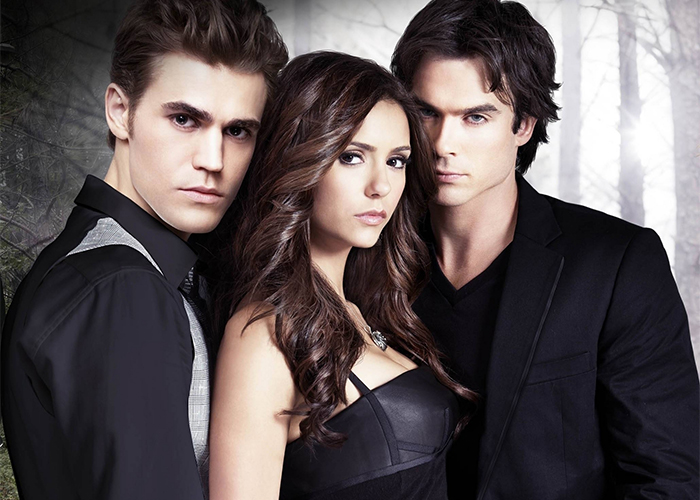 Nina Dobrev has announced that she is leaving The Vampire Diaries and I for one went into utter shock when I heard this.  I think we all knew that one of the main three actors could leave the show after this season but I without a doubt thought that it would be Paul Wesley.  Out of Elena, Damon and Stefan, Stefan seems like the easiest to remove plus that would open up Candice Accola to move to The Originals. But no, it’s Elena Gilbert leaving and I found myself asking if The Vampire Diaries should even continue without her.

I compare no Elena on TVD to no Buffy on BtVS or no Veronica on Veronica Mars.  It just doesn’t make sense in the grand scheme of things.  TVD is about Elena and her family and all of her friends. Everyone on the show has a connection to her and she plays about 1 million characters so needless to say the show depends on her.  It will seem like a completely different show without Dobrev as the anchor.  Honestly, ask yourself what this show will look like without Elena?  Will they kill her?  Have her move? Give her the cure?

If they kill her, won’t Damon and potentially Stefan just go super evil again or turn off their humanity for the 100th time?  And if she just moves, why wouldn’t Damon go with her?  Neither of those scenarios sounds like anything I want to watch.  So that begs the question should TVD continue without Dobrev?

The answer is I’m not sure.  As of right now, I don’t think the show should continue without Dobrev but Julie Plec has rarely driven this show in the wrong direction so I give her the benefit of the doubt (I mean they made me start to like Bonnie again for crying out loud).  I’m nervous and excited about season 7 because I can honestly say that I have no idea how TVD is going to handle this.  I’m nervous that this could go so wrong and cause this show to only be remembered for a bad final season.  TVD has been one my favorite shows the last 6 seasons and has had some phenomenal cliff hangers and plot twist so it would be a shame for it to only be remembered for a bad season 7 if that was the case.

I’m excited because season 6 has been the weakest season so far and a drastic change like Elena becoming human and moving from Mystic Falls could spark the creative juices of the writing staff.  How will Damon react (hopefully not turning off his humanity)?  What will be Damon’s purpose now?  More than anything this could mean that Candice Accola becomes the new main female character and that makes me happier than anything.

Suffice to say there is no real way to determine if TVD can succeed without Nina Dobrev.  I still feel like that they should probably not go on without her but seeing as The CW has already renewed the show for next season, it obviously will.  I don’t know how the TVD team or The CW wouldn’t give the world to get Dobrev to come back but I guess you would call this a calculated risk by them.  Now the new and most important question is whether or not TVD can continue without Dobrev and we won’t know the answer to that until next season.  Let’s discuss that in October!

What are your thoughts on Nina Dobrev/Elena Gilbert moving on from The Vampire Diaries?  Sound off below!