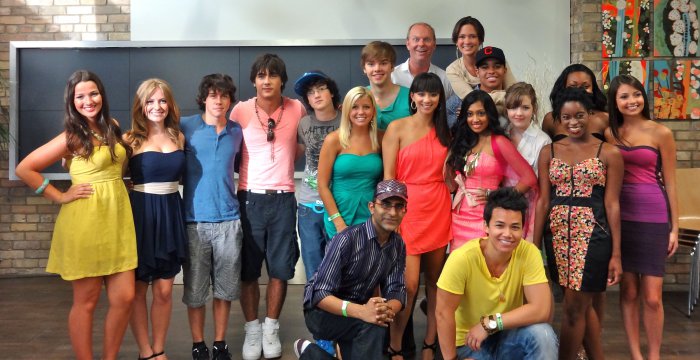 Mere minutes ago, theTVaddict.com received news that MTV (Canada) will no longer be airing DEGRASSI following the premiere of season 14B on Monday July 20th. But just what does this mean for the future of DEGRASSI? Is it over over! Or is there a chance that the show could live on via Netflix? Shomi? Crave? CTV declined to comment and we’re still waiting word from the show’s producers Epitome Pictures. Needless to say, when we here something, you’ll be the first to know. In the meantime, you can check out the full Bell Media press release below.

TORONTO (June 4, 2015) – MTV announced today that after 14 incredible seasons, the iconic original Canadian series DEGRASSI is ending its run on MTV following the 14th season finale. Since Bell Media’s partnership with Epitome Pictures began in 2001, DEGRASSI has won 19 Gemini Awards, 10 Canadian Screen Awards, two Teen Choice Awards, a Peabody Award, and has received three Emmy® Award nominations. Featuring 12, half-hour episodes, Season 14B of DEGRASSI premieres Monday, July 20 at 9 p.m. ET on MTV. Viewers can also catch up on the first half of Season 14 now on MTV.ca, and Season 12 and 13 on CraveTV.

“Thank you to Linda Schuyler and Stephen Stohn, and all the cast and crew at Epitome Pictures for delivering Bell Media with 14 years of creative and engaging content that truly captured the spirit of Canadian youth through truthful and provocative stories,” said Phil King, President – CTV, Sports, and Entertainment Programming. “We are immensely proud of DEGRASSI, and our longstanding partnership with Linda and Stephen. We wish the entire Epitome team the best of luck, and look forward to working with them again in the future.”

DEGRASSI: THE NEXT GENERATION was green-lit by CTV in early 2001 and premiered on October 14, 2001 on CTV with a one-hour reunion episode featuring classic DEGRASSI and NEXT GENERATION cast members. The show quickly became the most-watched series among young viewers on the network. After nine successful seasons on CTV, DEGRASSI moved to its new home on Much for its 10th season premiere. Reaching an average of 1.4 million viewers every week, DEGRASSI quickly became the #1 series in the history of Much for P12 – 34 viewers. Thirteen years after the debut of the latest incarnation, the hit franchise showed no signs of slowing down. Season 13D of DEGRASSI, which aired on both MTV and Much, averaged 100,000 P12-34 viewers, achieving its most impressive audience in three seasons. DEGRASSI is licensed in over 145 markets – including the U.S. (TeenNick), U.K., Italy, France, Colombia, Venezuela, Korea, Australia, Brazil, and Zimbabwe.

After a fire blazed through the halls of Degrassi Community School, the new season of DEGRASSI on MTV finds the school in the hands of a new, strict administrator, which means a whole new set of rules. In the premiere episode (Monday, July 20 at 9 p.m. ET), Becky (Sarah Fisher, Lost After Dark) has been spending a lot of time songwriting with Jonah (Ehren Kassam, CHEERLEADER DEATH SQUAD) and the pair comes up with a great idea to showcase the talents of the fellow Degrassi students in a lunchtime variety show. But when Drew (Luke Bilyk, Hellions) denies the proposal, Becky hatches a plan to change his mind. Meanwhile, Winston (Andre Kim, DEGRASSI: MINIS) performs standup in front of the school and Zoë (Ana Golja, Connor Undercover) may be facing criminal charges for the part she played in the fundraising scandal.