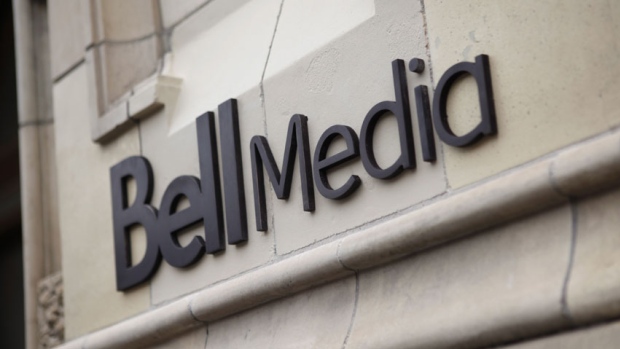 if this week’s unfortunate culling of hundreds of jobs (and counting) by Bell Media is an indication of anything, it’s that broadcasters in Canada are not doing well. Advertising is down, cord cutting is up and it would appear that things are going to get a lot worse before they get a lot better (Just ask the newspaper industry). As such, your very own TV Addict thought now might be as good a time as any to offer up some unsolicited advice to Canadian corporations. Namely, Bell Media (CTV), Rogers (CityTV) and Shaw (Global).

Stop living in denial
With much of Canada changing the way they watch television and consume media, Canadian broadcasts face a choice. You can (a) watch your industry quietly crumble like newspapers and the music industry did over the past two decades, or (b) take a page from Wayne Gretzky, who was once famously quoted as saying when asked about the secret to his NHL success, “I skate to where the puck is going to be, not where it has been.” I mean hello, it worked for Netflix. Who rather than simply sit back and milk every last dollar from their traditional mail-order DVD business, saw the writing on the wall and very quickly pivoted to a streaming based model.

Create your own revenue streams
Each and every June, Bell Media, Rogers and Shaw shell out millions of dollars in an attempt to attract eyeballs and ad dollars to their new Fall season. Unfortunately each and every spring, the majority of the shows are summarily cancelled, leaving Bell Media, Rogers and Shaw with little to show for it. Conversly, their American counterparts (ABC, CBS, FOX and NBC) are laughing all the way to the bank because they managed to limit their exposure by selling, say HEROES REBORN as an example, to hundreds of different countries across the globe. In short, with ad revenue and eyeballs down, the only real money to be made in broadcasting is in owning your own intellectual property, or in the parlance of the industry “format.” Sure, it may be cheaper and easier to fill your schedule with CHICAGO SANITATION, but it’s far less profitable in the long run.

Use television as a loss leader
If Bell Media, Rogers and Shaw insist on clinging to cable television — and considering I still get phone calls attempting to sell me “home phone” I suspect they’re not quite ready to let go — they should, at the very least, lower the price! Now I know “lower the price” may be a foreign concept to executives at these companies, but here’s the reality of the situation. Bell Media, Rogers and Shaw may not be selling as many clients on home phone and cable anymore, but they are no doubt making it up with internet and cellular data packages. Two must-haves that could result in even high profits as a result of our country’s needlessly restrictive and expensive bandwidth caps. What’s more, I’ve never understood how every show that airs on, say CTV for example, isn’t available online with the exact same commercials (for cord cutters), or commercial free (for those who still subscribe to cable). Why do Bell MEdia, Rogers and Shaw make it so hard to legally watch their content. Which brings me to…

Your online portals (suck!)
Nobody likes getting punished for playing by the rules, which is why an important part in looking towards the future is improving your online portals. Do you have any idea how annoying and infuriating it is to attempt to catch up on your favoruite shows through your Bell Media, Rogers and Shaw’s official online outlets? The same ads repeat ad nauseam, shows often don’t load and worst of all, if you have to stop watching for any reason you basically have to restart from the beginning. Seriously folks, the legal option should be the best and most friction free one, because you don’t want me — or someone less ethical — to start Googling the non-legal alternatives.

Think Different
This week I purchased the new Apple TV [Review coming soon]. Like most Apple products, it just works (and brilliantly so!). You know what doesn’t work? My antiquated and infuriating-to-use Rogers digital box. Which is curious, because on the cellular side, you giant media conglomerates have actually got it right. Canadians gladly (or perhaps begrudgingly) shell out thousands of dollars annually to use your cellular and data on the phone of choice! Which raises the slightly awkward albeit painfully obvious question as to why don’t you follow the same model with cable boxes. Team up with Apple (or if you must, Google or Microsoft) and offer those who haven’t yet cut the cord an amazing experience. You might be surprised what we’d pay for if it was an Apple-esque amazing expierence.