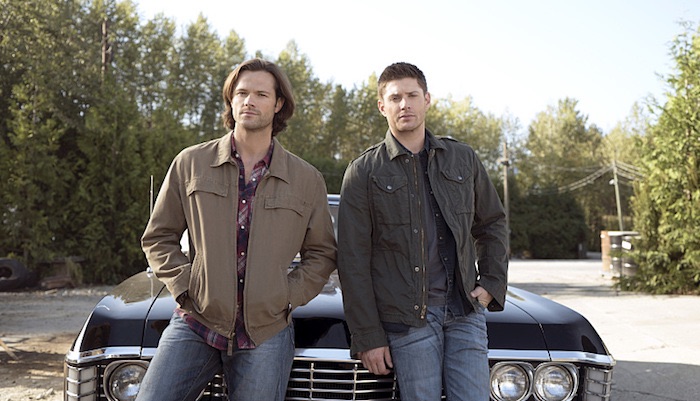 Claire Novak called Sam and Dean for some monster help in this week’s SUPERNATURAL. While Alex was settling in to a normal life with Jody and high school, Claire was trying out the hunters’ life and attacking random people she thought were monsters. While Jody believed Claire was just chasing her imagination, it turned out there *was* something monstrous in town. Unfortunately, a vamp took both Jody and Claire, forcing the Winchesters to step in to help.

They eventually figured out that the monsters were vampires who had come for Alex. In fact, the vampire who was targeting Alex now had been a good Samaritan who was turned as a result of Alex’s alliance with vamps years before. Angry at Alex’s role in his death, he planned on killing her new family in front of her. Fortunately, Sam and Dean arrived in time to help the girls escape and kill the vamps.

In the next SUPERNATURAL, Dean and Sam investigate a series of murders on Valentine’s Day. It turns out that people who are “kissed” by an ancient curse are being killed and it’s up to the Winchester brothers to save the holiday!