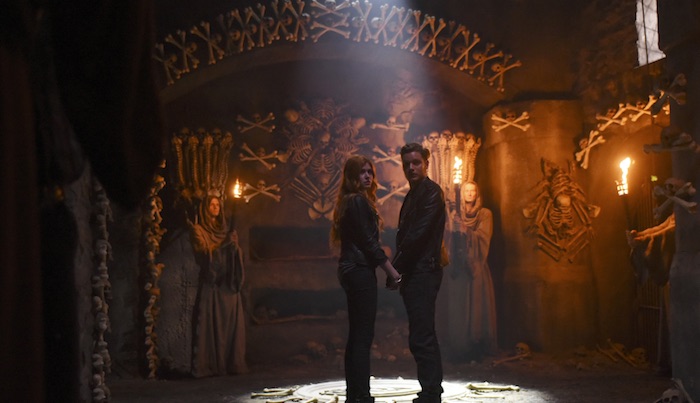 Freeform has officially renewed SHADOWHUNTERS (based on the Mortal Instruments book series) for a seconds season.

SHADOWHUNTERS launched as Freeform’s #2 series premiere on record in Adults 18-49 (1.6 million) and Adults 25-54 (1.4 million) and its #1 series launch of all time in Men 18-49 and Men 25-54 and #3 launch on record in Total Viewers (2.9 million), according to the network. “Shadowhunters” is also a social media powerhouse with the series being, season–to-date, the #4 most engaging scripted series overall across all TV with over 17.7 million engagements. Since the launch, SHADOWHUNTERS has amassed over 7.5 million long-form views, making it the network’s #2 series, behind only PRETTY LITTLE LIARS.

SHADOWHUNTERS is currently airing on Tuesdays at 9:00 p.m. EST/PST. The season one finale will air on Tuesday, April 5.