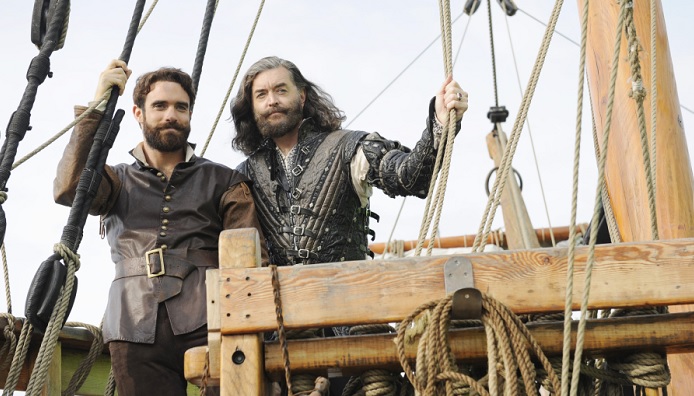 Are you bummed about the cancellation of GALAVANT? I am. Thankfully, the cast is pretty awesome and put together a fun dance video thanking the fans for the #MoreGalavant campaign to continue the show.

Timothy Omundson kicks off the video with a heartwarming message and then the music begins. We’re treated to a behind the scenes look at various pre-episode rehearsals, musical numbers from the show itself and — awesomely — Karen David (Isabella) dancing in her house while Genevieve Allenbury (Queen of Valencia) busts a move in her PJs.

Even Mark Hammil and LORD OF THE RINGS star Billy Boyd make appearances to promote the show. Here’s hoping GALAVANT lives on in some form!