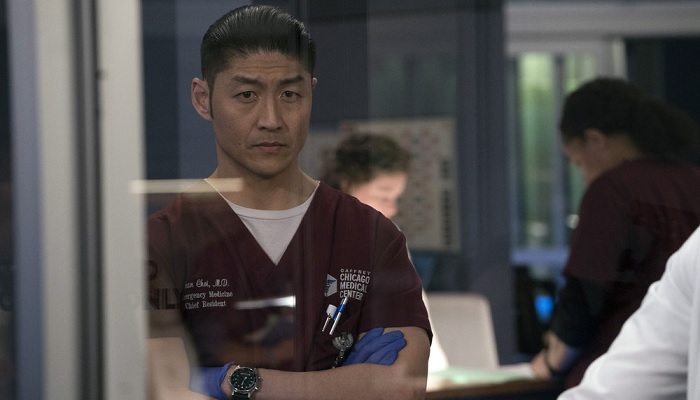 Things get tense on this week’s CHICAGO MED after the hospital gets hacked by someone demanding a ransom and everyone has to go back to treating patients the old-fashioned way.

Goodwin has to deal with finding a way to keep the hospital functioning while refusing to deal with the hacker’s demand for 30 bitcoins and the very tough position her doctors and nurses are in without any access to technology — which includes the machines that help them figure out what’s wrong with their patients. Piled on top of the crisis at the hospital, she finds herself with an unexpected visitor in the form of her ex-husband and his new girlfriend.

The Emergency Department struggles with the lack of the technology, especially Dr. Choi, who finds himself with a patient who has been shot. The struggle comes with trying to figure out where the bullet from the gunshot is in his patient’s body and Choi resorts to his Navy training to help him find his answer.

Elsewhere on CHICAGO MED, Reese begins thinking that Dr. Charles is trying to push her out of the program while Dr. Rhodes tries to figure out why Robin is acting strangely.