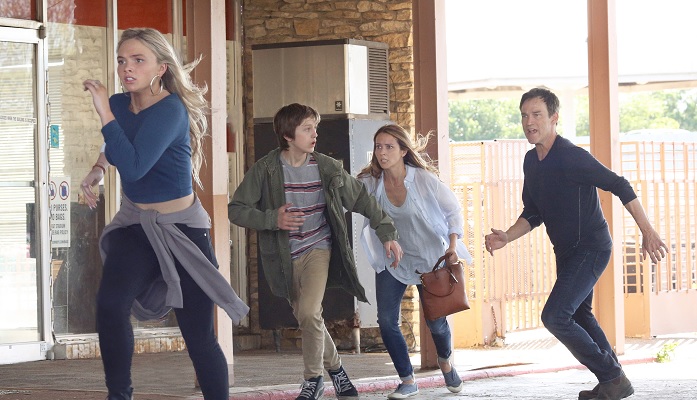 THE GIFTED brings the X-MEN universe to Fox this fall when the Strucker family’s lives are turned upside down with the discovery that both Strucker children are mutants. This presents a bit of a problem for them as Reed Strucker (the patriarch) is a prosecutor who puts mutants away in order to keep the rest of society safe. But faced with the possibility of locking away his own children, Reed makes the decision to take his family on the run instead.

During a panel at Comic-Con, Matt Nix (executive producer) said that X-MEN: DAYS OF FUTURE PAST established that there are “many streams” of timelines in the films and THE GIFTED exists in one of those streams. They’re not in the same exact timeline as any particular movie or comic, but they do share a few characters with the movies and comics. They will be doing their own thing. The X-men have also disappeared in the show’s timeline and why that is will be part of the show.

The Strucker family will also come across several mutants who are trying to live their lives underground or risk being imprisoned. They’ll join together with the Struckers to try and keep everyone safe.

THE GIFTED premieres October 2 on Fox.