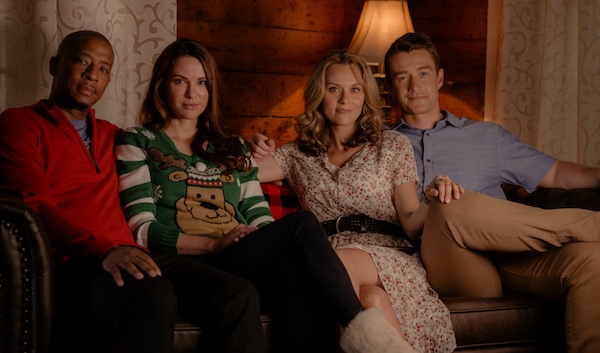 The cast of ONE TREE HILL is reuniting for the holidays in THE CHRISTMAS CONTRACT, a new Lifetime movie premiering in late November.

Hilarie Burton, Robert Buckley, Danneel Ackles, Antwon Tanner join Jordan Ladd, Cheryl Ladd, Bruce Boxleitner, Jason London, Hunter Burke, Teri Wyble & Ritchie Montgomery in THE CHRISTMAS CONTRACT, which centers around Jolie (Burton), who is returning home to her Louisiana town for the first time since her devastating breakup with Foster (Burke). But meeting up with Foster again is inevitable at the town’s annual Christmas Market, which both of their parents run. And when she learns that Foster is bringing home a new girlfriend, Jolie can’t bear going home single. Enter her best friend, Naomi (Ackles), who suggests that Jolie bring home her flaky brother, Jack (Buckley). To help, Naomi creates a Christmas contract to give them something they both want, a buffer for those awkward moments around Jolie’s ex and a website to help sell Jack’s upcoming novel (as Jolie is a website designer). But as Lifetime hints, “unbeknownst to them, the Christmas contract proves to be so much more than what they signed up for.”

THE CHRISTMAS CONTRACT will debut on November 22 at 8:00 p.m. ET/PT on Lifetime.