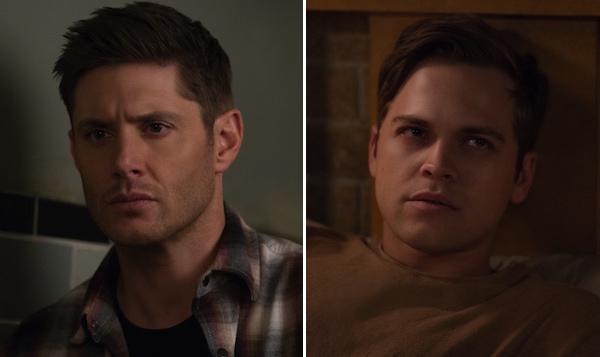 This week’s SUPERNATURAL ended on a grim note for a lot of characters. After trying to find a cure for Jack, the archangel grace they infused him with actually seemed to make him worse, which led to Rowena to declare he was dying and there was nothing left to be done. Meanwhile, Dean was experiencing vision problems, which seemed to indicate residual issues with his Michael possession. And, finally, Nick continues in a downward spiral, which could lead to him becoming a big problem. During a round of recent red carpet interviews for SUPERNATURAL’s upcoming 300th episode, we spoke to the cast and producers about how each of these issues will continue to play out.

SUPERNATURAL airs Thursdays at 8:00 p.m. ET/PT on The CW.