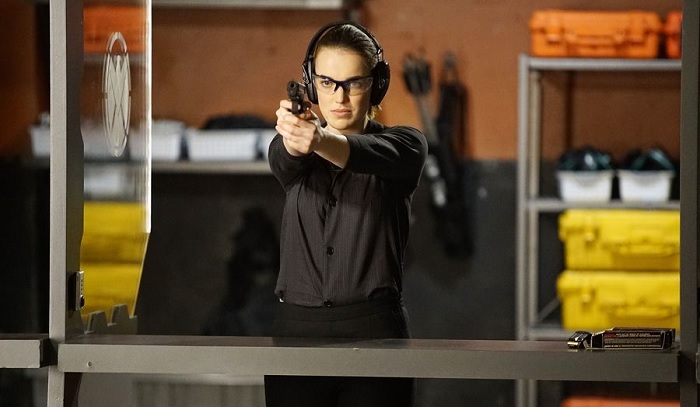 The cast of this adventure series comes together for one last mission as the final season of Agents of S.H.I.E.L.D approaches. Set to appear on May 27th on ABC, the recently-released trailer shows a great deal of time-travel as the team once again steps up to the plate to save the only world that they know.

Based on the organization within the Marvel Comics universe, the Agents of S.H.I.E.L.D. are the fictional spy agency who deals with acts or threats of terrorism, particularly ones associated with paranormal or often superhuman creatures and/or situations.

What Happened Last Season?
The two-part ending of the previous 6th season perfectly set up a wild ride of a 7th season that we’ll soon be seeing.

As we pick up where we left off, we can recall that at the end of season six’s finale episode, the Chronicoms, a highly intelligent and robot-like being, invaded Earth with the intention of taking over the planet and the human race while they ruthlessly murdered every agent that fell into their path. If you haven’t watched Agents of S.H.I.E.L.D. yet or forgot what happened, you can catch up on internet streaming services like Hulu.

Expectations for the 7th and Final Season
At the start of the 7th and final season of this epic television series, the agents will be violently launched back in 1931 New York City where they’ll be stranded and forced to find a way to get back to the present without altering the course of history so they can understand what happened to make them travel into the past.

As the series evolves over time, we will see the Chronicoms attempt to invade the planet using an advanced form of technology that gives them human faces to help them blend in with the rest of Earth’s legitimate residents.

Because of the period in which this new season will be set, fans can expect to see the settings, costumes, and more matching the 1930s era.

There will also be a returning face that fans and viewers alike can look forward to, as the notable Patton Oswalt returns as a guest star during this final run. Oswalt had appeared in other seasons as one of the many members of the Koenig family, and his first appearance was as Eric, an ally to Nick Fury and Phil Coulson who gave shelter and safety to the agents before he was murdered.

The beloved Phil Coulson also returns in a newly-resurrected fashion, looking debonair as ever in his ‘30s fedora and suit jacket combo, and continues to give guidance to the agents.