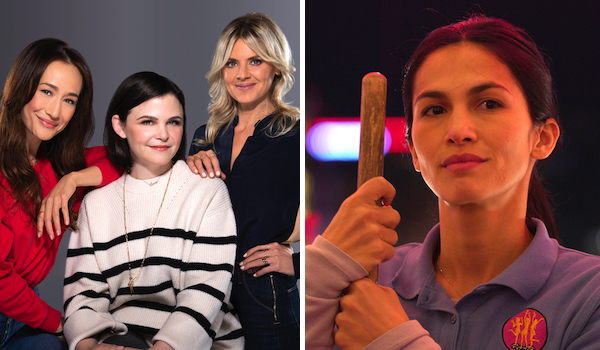 In addition to releasing its 2021-2022 primetime schedule, Fox has also released trailers for four of its new shows.

THE CLEANING LADY (Midseason)
This new drama series is described as “a thrilling and emotionally driven character drama about a whip-smart Cambodian doctor who comes to the U.S. for a medical treatment to save her ailing son. However, when the system fails and pushes her into hiding, she refuses to be beaten down and marginalized. Instead, she becomes a cleaning lady for organized crime, using her cunning and intelligence to forge her own path in the criminal underworld.” The show, stars Elodie Yung, Adan Canto, Martha Millan and newcomers Valentino and Sebastien LaSalle.

WELCOME TO FLATCH (Midseason)
Fox’s new comedy show is a half-hour series inspired by BBC Studios’ THIS COUNTRY. Directed and executive produced by Paul Feig, WELCOME TO FLATCH revolves around a documentary crew that sets out to “explore the lives of residents in a small American town – their dreams, their concerns – they stumble upon the midwestern town of Flatch, which is made up of many eccentric personalities”. The series stars newcomers Chelsea Holmes and Sam Straley, Seann William Scott, Aya Cash, Taylor Ortega and newcomers Krystal Smith and Justin Linville.

PIVOTING (Midseason)
This single-camera comedy is about “how we deal with life, death and all the crazy things that happen in between. Set in a small, middle-class town in Long Island, NY, the series follows three women – and close-knit childhood friends – as they cope with the death of the fourth member of their group. When faced with the reality that life is short, these women pivot, and alter their current paths, by way of a series of impulsive, ill-advised and self-indulgent decisions. These pivots will strengthen their bond and prove it’s never too late to screw up your life in the pursuit of happiness.” The show stars Eliza Coupe, Ginnifer Goodwin, Maggie Q, Tommy Dewey, JT Neal and Marcello Reyes.