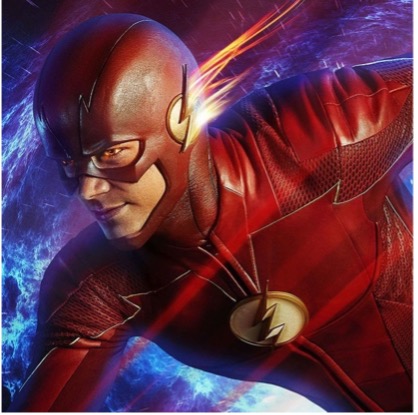 Over the last year, the pandemic brought multiple lockdowns that ensured many people were confined to their homes to stop the spread of the virus. To pass the time, many would partake in activities that were accessible from their homes such as shopping or online gambling, find some casino penny slots here, though many would have naturally flocked towards watching TV. In recent years, there have been some standout shows that have aired and The Flash is one of these. Fans of Arrow will have made up the initial audience for The Flash as the character was first seen on Arrow. Despite this, it soon became its own programme with a noticeably different feel compared to its predecessor. Unfortunately, its initial success was not largely replicated in later seasons.

One only must go online to see the commercial and critical reception of the state of The Flash now. During its first few seasons, it proved to be some of the finest superhero television ever made, which is why it is so disappointing that the show has managed to fall so far. Those who are not in the know will be wondering what exactly it is that has caused The Flash to decline, but the truth is it is not just any one thing. It is a collection of issues that plague the show that explains why its later seasons are simply not as good as the initial entries, and they are things that the showrunners will need to identify if they want to reclaim the early success of the show.

During the first few episodes of the latest season, The Flash saw record lows with only approximately 740k viewers tuning in. This is telling of how many people have simply refused to stop watching, given the issues that the show has. One of these is the writing. In earlier seasons, characters used to be written well, and it was easy for the audience to empathise with both heroes and villains. In fact, the first two seasons featured villains that were so well characterised that writers have struggled to reach the heights that those characters brought the show to. The dialogue was also natural and mimicked what people would say in real life. Veterans of the show will know that the later seasons are infamous for their cliché dialogue and overreliance on themes such as love and hope. While that is arguably the point of the show, some characters are defined by these themes, and some of the decisions they make according to this border on absurd.

Whilst the writing is the most prominent issue the show is experiencing, another is lack of progress, which encompasses many things. For example, the production value of the show has remained stagnant, and the same generic costume designs for big bads fail to elicit any kind of reaction from the viewer. In the same essence, the CGI is also dreadfully bad. This is understandable in the first season, but the show now has higher revenue and has been running for seven years which is more than enough time to get essentials like CGI right.

The showrunners of The Flash will need to address these issues head-on if they have any hope of recovering some of their lost viewership who have decided enough is enough. If things carry on alongside this trend, season 8 may prove to be The Flash’s deciding season on whether it continues or is finally put out of its misery.