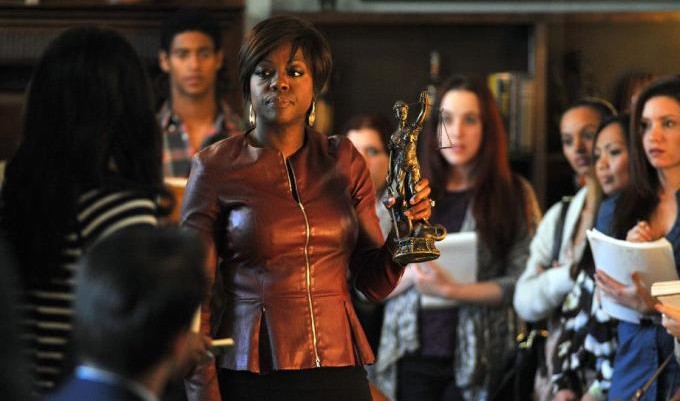 HOW TO GET AWAY WITH MURDER opened, appropriately enough, with a murder. It wasn’t until the end of the pilot that we knew that Annalise’s husband was rolled up in the carpet that her law students were dragging around, but we did know that another student — Lila — had gone missing. Were these two events connected? Absolutely. Annalise’s husband had been sleeping with Lila and had arranged for her death, then was later killed when he attacked her students while trying to cover the whole thing up. And at the end of the first season, fans were shocked when another student — Rebecca — turned up dead. With no idea of who the murderer actually was, it was yet another twist the show had thrown at us.

If you became obsessed with the hit ABC freshman series and can’t wait until the second season then you’re definitely not alone. And while you only have a few more weeks until HOW TO GET AWAY WITH MURDER returns, ABC has helpfully put together a recap of the first season.

Meanwhile, here’s what the network has to say about the second season premiere, titled “It’s Time to Move On”: “Annalise and her students must move on with their lives as though nothing has happened, but the students are still reeling over Rebecca’s disappearance. Only Annalise and Frank know that Rebecca was murdered and the two are determined to find out who killed her. Meanwhile, Annalise decides she wants to take on a new client, a brother and sister who are accused of killing their parents. And an old friend surprises Annalise at home and teaches her a valuable lesson.” 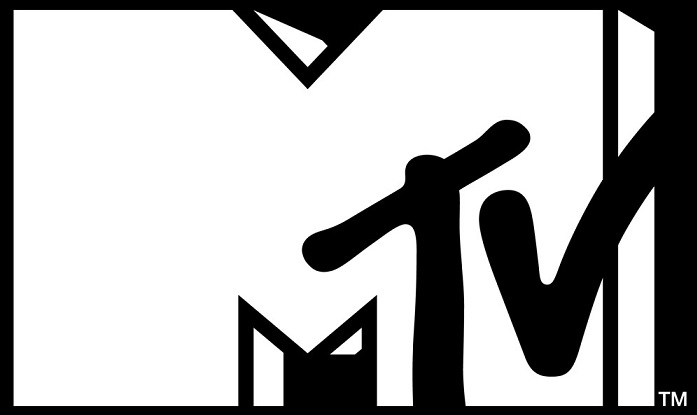 MTV has ordered three new comedy pilots and one new unscripted series, which is a sort of spin-off of GIRL CODE.

The following are descriptions of the new series:

LADYLIKE – Girl Code alums Nicole Byer, Jade Catta-Preta, and Matteo Lane and comedian Blair Socci take to the streets in this hilarious half-hour hidden camera prank show as they redefine what it means to be “Ladylike”. With attitude and irreverence our cast will challenge social norms and unleash uncompromising and ridiculous situations on the unsuspecting public. “Ladylike” is Executive Produced by Ryan Ling (Bird Brain Productions).

UNTITLED NICOLE BYER PROJECT – Nicole Byer portrays a young adult who is forced to move in with her sister and four kids in the suburbs after causing a fire in her New York City apartment.  Aunt Nicole will offer her own brand of advice to her sister’s kids while trying to get her life back on track.  Executive Producers include Christian Lander, Avi Gilbert with 3 Arts Entertainment and Nicole Byer will be a consulting producer.

UNTITLED KAPLAN/ELFONT PILOT – From writing team and executive producers Deborah Kaplan and Harry Elfont. Paige and Jordan may be weed dealers, but in their eyes they are entrepreneurs. Their dope delivery app is quickly gaining popularity with foodies, celebrities and – the most particular and crucial consumer –  hipsters. This pilot takes a hilarious look at two girls living in LA: desperate to succeed, find a little romance, and keep their clients happy and high – all with the least amount of effort possible. From Management 360 (Game Of Thrones) will be executive producing.

LITTLE DARLINGS  – Created by Jennifer Kaytin Robinson, LITTLE DARLINGS is a dark half-hour comedy about two very unlikely friends taking justice into their own hands and kicking literal ass on their college campus. Jules comes off as the perfect sorority dream girl, but little do her red-cup-toting sisters know, she’s got a completely different agenda come nightfall. Ophelia, your everyday stoner-hacker-hellion, has officially run out of effs to give, and when she discovers Jules may be the masked vigilante exacting justice on campus her interest in college life is re-energized.  Stacey Sher will serve as executive producer and Robinson will co-executive-produce and wrote the pilot. 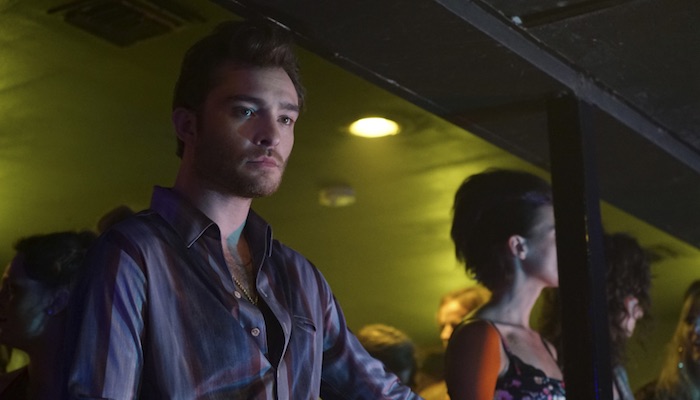 WICKED CITY takes place in 1980 Los Angeles, when music and the club life ruled. Back then the focus was on losing yourself in rock ‘n’ roll, at least until something far more sinister was happening to people on the Sunset Strip.

Several serial killers preyed on young women in particular during that time in Los Angeles’ history and that becomes the focus of this series. Ed Westwick plays Kent, a charming man who just so happens to be a killer. During the series premiere he meets a young woman named Betty who, as it turns out, is as dark as he is. The two pair up and become a modern day serial killing couple. Jeremy Sisto is a police officer who is trying to solve the murders happening in his city. When he learns that a young reporter was approached by Kent and given his number, he tries to use her as bait to catch him. 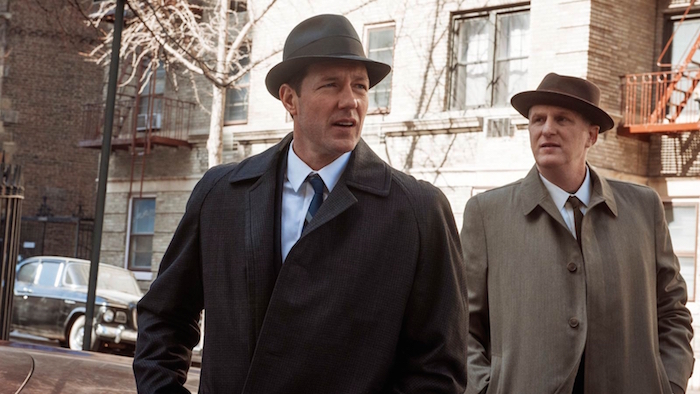 TNT is offering PUBLIC MORALS fans a chance to binge on the entire first season of the new series starring Ed Burns this holiday weekend.

Starting today at noon until Monday evening, fans of the 1960s-set police drama can watch all 10 episodes of season 1 via TNT On Demand, tntdrama.com and the Watch TNT mobile app, as well as on participating TV providers’ platforms and apps. 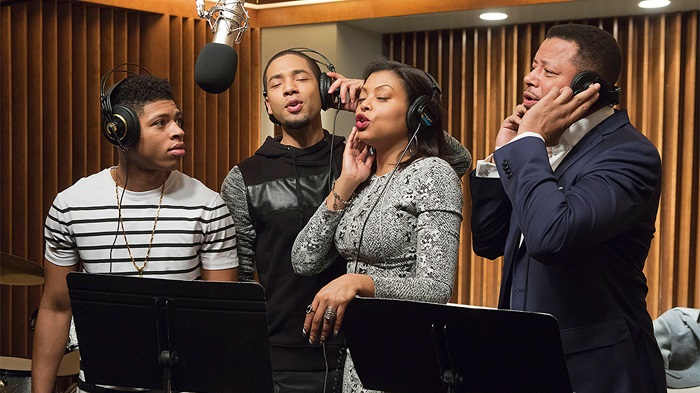 EMPIRE, much like Glee, is capitalizing on the role music plays in the series by releasing its original songs in a soundtrack. The original soundtrack for season 1 is already available on Amazon

and now Fox has released two new songs, which you can listen to below: “No Doubt About It” with star Jussie Smollett and Pitbull (who co-wrote it with Ne-Yo) and “Aint About the Money” with Smollett and costar Yazz.

Season 2 of EMPIRE is scheduled to premiere on September 23 on Fox. 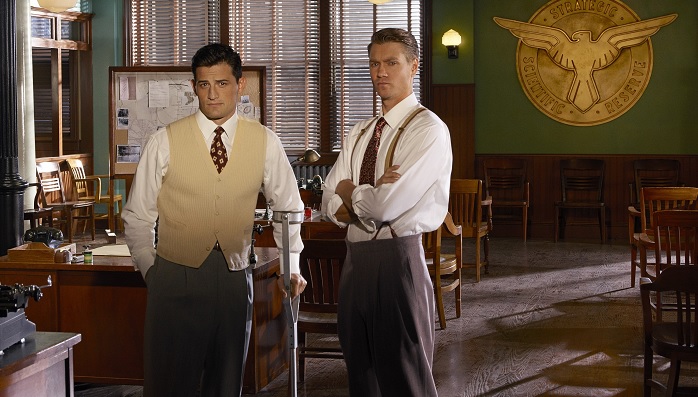 The cast and crew of Marvel’s AGENT CARTER are back at work for season 2 and a new photo from Marvel’s Twitter account (which you can also see below) has revealed a bit of a spoiler.

The photo shows “Chief Daniel Sousa” on a door, presumably one in the SSR. You may recall that at the end of season 1 of AGENT CARTER, the former Chief (Roger Dooley) sacrificed himself to save the lives of his agents. And while Jack Thompson seemed to take the recognition for stopping Fennhoff’s campaign while Sousa and Peggy Carter were left out of the limelight, it appears that Sousa is going to rise through the ranks of the SSR and end up in the Chief’s chair.

Elsewhere in the second season, Peggy and Jarvis will be heading to Hollywood and Madame Masque (a Marvel villain) will also be making an appearance.

Season 2 of AGENT CARTER will premiere in 2016 on ABC. 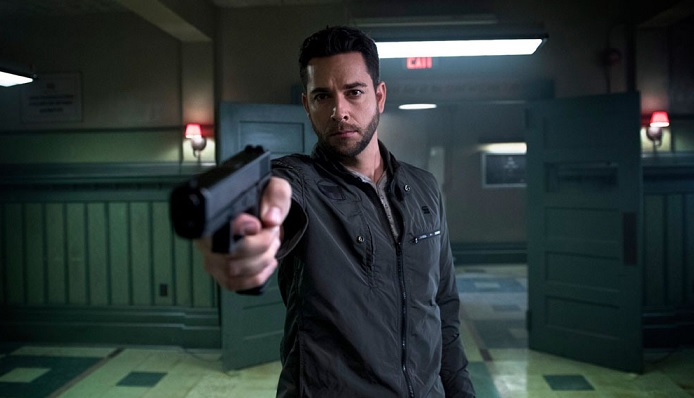 HEROES REBORN will be bringing back several characters from the original series (including HRG, Matt, Mohinder, the Haitian and Hiro) as well as introducing fans to several new characters, such as those played by Zac Levi, Judi Shekoni and Robbie Kay.

NBC has put together some helpful videos with some old and new cast members, as well as creator Tim Kring, to explain where the new series is picking up after the original HEROES and to introduce the characters. Here’s a few teasers from the videos below:

-People with abilities have basically gone underground and are definitely hiding their abilities.

-You will learn that Luke (Levi) and Joanne (Shekoni) are “pretty dark people,” according to Levi. Shekoni adds that when we first meet her character, she’s chasing someone with a special ability and she really wants to “eradicate” him.

-When you first meet Tommy (Kay), he just wants to have a normal life after having lived on the run for a long time. But he’ll soon realize that it’s impossible not to use his powers (the ability to make things disappear).

-At the start of HEROES REBORN, HRG is back to selling cars in Texas and he has a new girlfriend and is doing “his best to settle down”. But when a conspiracy theorist named Quentin shows up with a lot of questions and information, HRG is pulled back in.

HEROES REBORN debuts with a two-hour premiere beginning at 8:00 p.m. on September 24 on NBC.