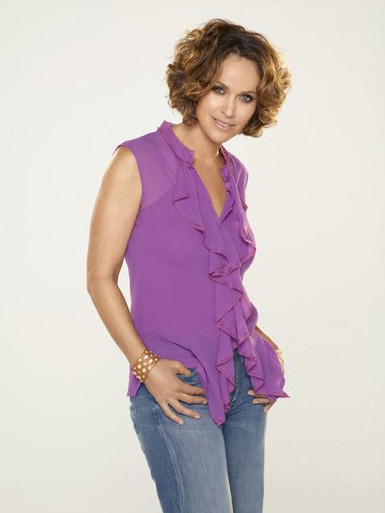 Perfectly timed to coincide with tonight’s series finale of PRIVATE PRACTICE, theTVaddict.com recently had the privilege of checking in with Dr. Violet Turner. Better known as star Amy Brenneman, the affable actress was only too happy to take a trip down memory lane, dish on what she assures us will be a very satisfying series ender and what’s next for the in demand actor. See for yourself, after the jump. END_OF_DOCUMENT_TOKEN_TO_BE_REPLACED 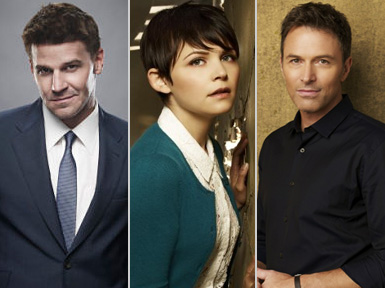 Should Booth and Brennan fans be worried that tonight’s episode revolves around a murder of a polarizing divorce attorney? — Francine
The TV Addict: Well, since Booth and Brennan aren’t actually married, fans don’t technically have anything to worry about! That said, the amount of time spent around bickering couples, sleazy divorce layers, not to mention a couple of corpses does bring certain issues for both Booth and Brennan bubbling to the surface. Particular Booth, who hasn’t quite forgiven himself for what happened to Brennan who herself is having trouble adapting to coupledom having spent three months on the lam. And, while we’re on the subject of those three months running from the law, BONES fans disappointed with last week’s somewhat lacklustre season premiere that put a swift end to a very contrived separation will be pleased to know that tonight’s follow-up episode is vastly improved thanks to some sharp dialogue and relatable issues between their favourite Foxy couple.

Any clues as to what Kalinda’s life will be like now that her much-talked about husband is back in town on THE GOOD WIFE? — Miranda
The TV Addict:To say that Kalinda fans are in for a real treat when THE GOOD WIFE kicks off its much anticipated fourth season may in fact be the understatement of the year. Not only does Kalinda get more time in the spotlight than ever before, her storyline with her husband (Marc Warren) has us wondering if THE GOOD WIFE writer’s room spent a little too much of their down time this past hiatus reading the likes of 50 Shades of Grey and The Girl with the Dragon Tattoo.

This long suffering HOW I MET YOUR MOTHER fan could really use some encouragement: Should I even bother tuning into tonight’s season premiere? — Brandon
The TV Addict:Short answer: Yes, yes, and oh yes! Unfortunately the long answer is a slightly more complicated. So, to avoid giving away anything about tonight’s immensely enjoyable season opener, we’ll simply leave it at this: Those recording the show are going to want to make extra-sure that they’ve got those last few minutes covered! Also, serious kudos to co-creators Carter Bays and Craig Thomas for perfectly working Marshall and Lily’s newborn baby into the fold. END_OF_DOCUMENT_TOKEN_TO_BE_REPLACED 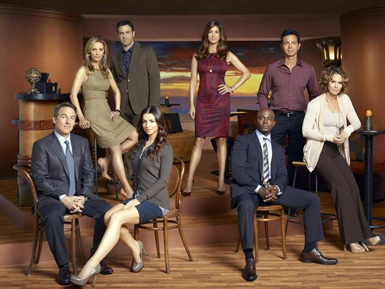 In an effort to placate the surprisingly large number of PRIVATE PRACTICE fans who have been clamoring for news on their favorite ABC series, theTVaddict.com is proud to present your first look at the show’s sixth — and possibly final — season. Appropriately titled “Aftershock,” the September 25th premiere sees Addison settling in to her new life after making a decision between Jake and Sam, Violet fearing the worst for Pete when he doesn’t show up to his preliminary court hearing and Charlotte swearing Cooper to secrecy when she receives shocking news. More first look photos of which can be found after the jump. END_OF_DOCUMENT_TOKEN_TO_BE_REPLACED 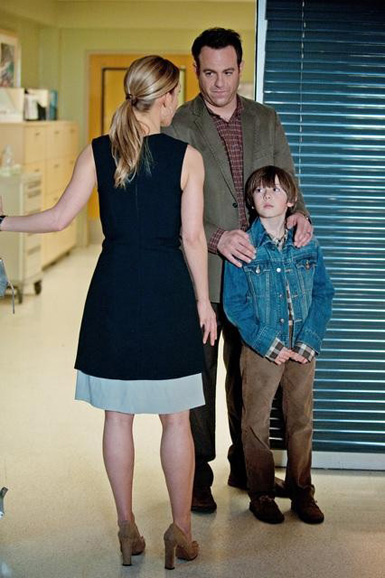 This just in: Despite a season that culminates in a controversial birth for Amelia and a Sophie’s Choice of sorts for Addison, it’s not all doom and gloom on tonight’s PRIVATE PRACTICE season finale! Case in point, Charlotte and Cooper will finally get to bask in the glow that is the proverbial light at the end of the tunnel following one helluva roller-coaster ride of a season. At least according to actor Paul Adelstein (Cooper), who was only to happy to take some time to fill fans in on what’s in store for what has arguably become the show’s most popular couple. See for yourself, after the jump. END_OF_DOCUMENT_TOKEN_TO_BE_REPLACED 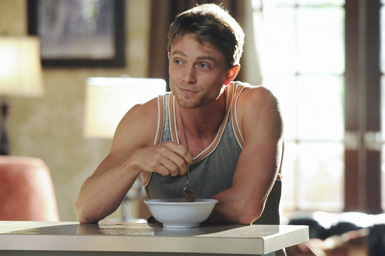 Good News: According to co-creator Josh Schwartz, GOSSIP GIRL’s next 11 episodes are going to deliver in a big way. Bad News: Primarily because The CW has announced that the show’s sixth season — consisting of a paltry 11 episodes mind you — will be its last. [Source] END_OF_DOCUMENT_TOKEN_TO_BE_REPLACED 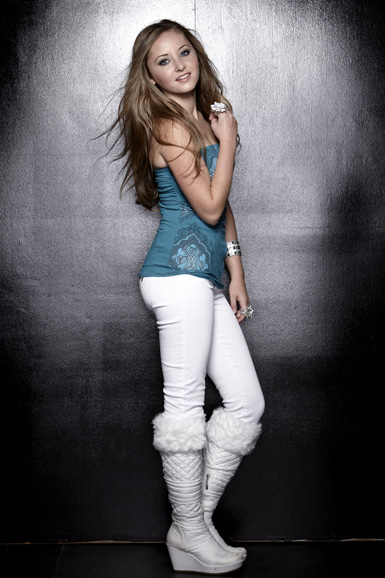 For such a young actress, Rachel G. Fox is a well-known face to television viewers.  Vividly remembered as Lynette’s step-daughter Kayla on DESPERATE HOUSEWIVES and currently as Ryder’s girlfriend on MELISSA & JOEY, Rachel has carved out a fantastic niche of strong-willed characters.  In the the past year, Rachel has also brought her powerful talents to the big screen in such films as “Dream House” along side Daniel Craig and Naomi Watts, and the upcoming indie film “Jewtopia,” which co-stars Jennifer Love Hewitt and Jon Lovitz.  Adding to her rapidly growing resume is the most recent episode of PRIVATE PRACTICE, where Rachel yet again portrayed a young woman that you will not soon forget.  In an exclusive interview, Rachel talked candidly about her varied career and the highlights of working on all these fantastic film and television projects. END_OF_DOCUMENT_TOKEN_TO_BE_REPLACED 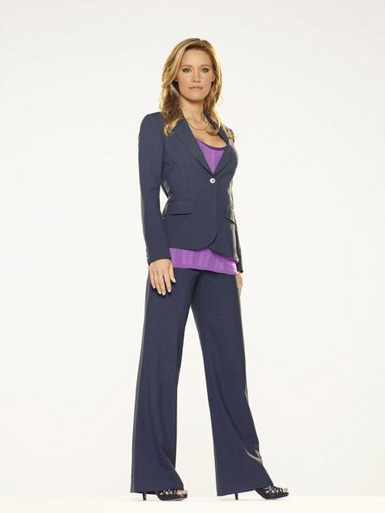 After five seasons of being put through the emotional ringer, the good doctors of Seaside Wellness are about to face their biggest challenge to date: A move from the cushy Thursday night at 10PM post-GREY’s ANATOMY timeslot to the harsh and far less ratings friendly realm of Tuesday at 10PM. One actress who’s not nearly as worried for the future of the hit ABC series as we are is actress KaDee Strickland, who we recently had the pleasure of checking in with to talk about the challenges facing Charlotte as the show’s fifth season comes to a close, why she believes her coupling with Paul Adelstein’s Cooper has transformed the talented twosome into a fan favorite and her confidence level when it comes to PRIVATE PRACTICE seeing a sixth season. See for yourself, after the jump. END_OF_DOCUMENT_TOKEN_TO_BE_REPLACED 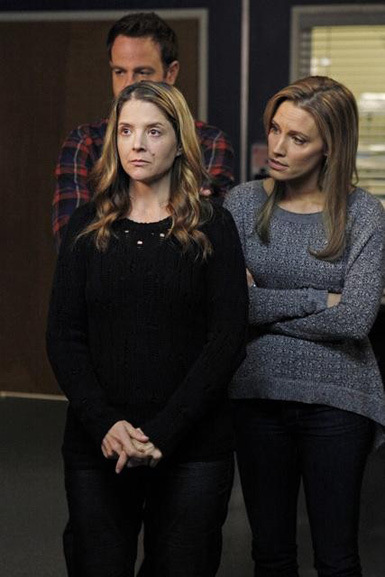 On tonight’s episode of PRIVATE PRACTICE, Cooper and Charlotte take Erica to Seattle Grace to meet with Derek, Lexie and Amelia regarding a very risky surgery. And such, we recently had the pleasure of talking with the impetus for the PRIVATE PRACTICE/GREY’S ANATOMY crossover, actress A.J. Langer, who was only to happy to dish about what it has been like returning to the small screen, the lasting mark she sees her character Erica leaving on the show and what Patrick Dempsey is really like (Spoiler Alert: Awesome!). See for yourself, after the jump. END_OF_DOCUMENT_TOKEN_TO_BE_REPLACED 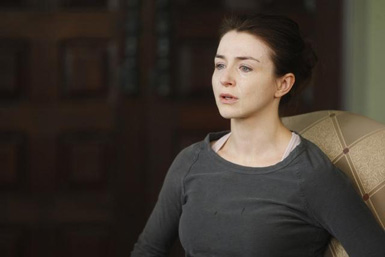 This time it really is personal. Or at least that was the distinct impression your very own TV Addict was left with following a one-on-one with PRIVATE PRACTICE star Caterina Scorsone who recently took the time to tease tonight’s very special episode of PRIVATE PRACTICE that has the gang from Oceanside Wellness confronting her character, Amelia Shepherd, about the drug addiction that is destroying her life. But why personal you ask? Well, as it turns out, the Canadian-born actress has a unique connection to the world of drug addiction and mental health thanks to her father who runs an organization (The Good Neighbour’s Club) that serves as a homeless shelter for retirement-aged people suffering from addiction and mental health issues. Add to that what Scorsone herself characterizes as an incredibly misunderstood disease and you have fodder for what will surely go down as one of the most emotionally-charged episodes of the series thus far. See for yourself what Scorsone had to say on the matter after the jump. END_OF_DOCUMENT_TOKEN_TO_BE_REPLACED 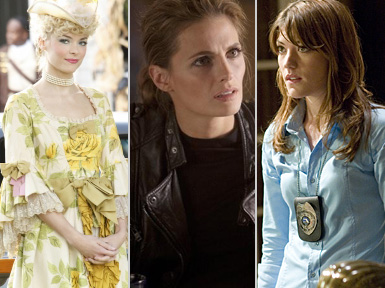 With Monday’s episode of CASTLE entitled “Kill Shot,” I’m only slightly concerned that one of my favorite members of the NYPD will find themselves on the wrong end of a sniper’s sight. Any chance I might trouble you to alleviate my worries? — Kelly
The TV Addict: Considering we would hate to be the one to spoil the fun, not to mention the intense pulse-pounding excitement that you’ll undoubtedly experience while watching a city in chaos when a sniper goes on a terrifying killing spree, there is absolutely zero chance that we will alleviate your fear! That said, what we will only be too happy to do is fill you in on a little secret: The insanity surrounding Monday’s fantastic episode of CASTLE won’t be for naught, particularly for those of you who have been patiently waiting for a certain member of the NYPD to see the light.

Anything you can tease for this CASTLE crazed fan with regards to Monday’s episode? — Madison
The TV Addict: While Beckett’s increased moments of post traumatic stress disorder (PTSD) will most definitely take center stage in an episode that has “For Your Emmy Consideration” written all over it in terms of Stana Katic’s stellar performance, fans of both Alexis (Molly Quinn) and Esposito (Jon Huertas) will be pleased to discover that the talented twosome play an integral role in the hunt for the killer.

Love me some Mark Pellegrino. Any chance we’ll be seeing more of him on THE CLOSER? — Alison
The TV Addict: According to CLOSER producer James Duff, who we recently had the pleasure of interviewing, the in-demand actor will be appearing as the deliciously scene-stealing Gavin in at least two of the upcoming episodes starting November 28th. What’s more, you’re not the only one who loves them some Pellegrino, as Duff let it slip that they are feverishly working to find the time between the actor’s 423 (approx.) other projects to bring him back next summer as well! END_OF_DOCUMENT_TOKEN_TO_BE_REPLACED