Last night, the likes of “Revenge,” “The Affair,” and “The Newsroom” were clouted by death, rape and adultery. Before it’s too late, a few thoughts on each of Sunday night’s controversial dramas: END_OF_DOCUMENT_TOKEN_TO_BE_REPLACED 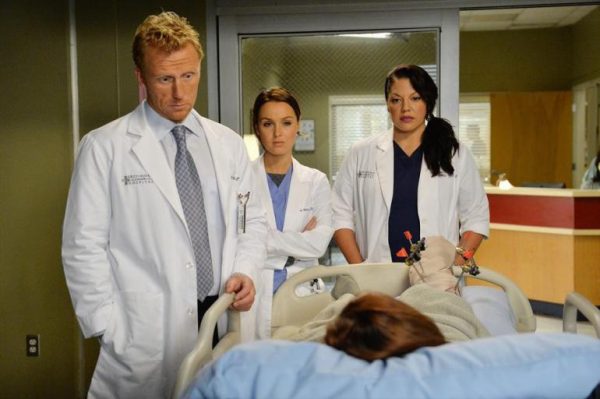 The 2014 fall season has been filled with quality television and has premiered and revamped some of the best shows of the last couple of years. Here are 5 shows I’m thankful for.

GREY’S ANATOMY
SERIOUSLY, this show will never not be on one of my “Favorite Shows” lists. GREY’S really stepped it up this season, like dropping the bomb that is Dr. Maggie Pierce. Have I mentioned how much I love Kelly McCreary on the show? Her character is so wonderful and such a necessary presence in the cast. Adding that element where she is Meredith’s half sister and Richard and Ellis’s daughter was such a jaw dropping and powerful reveal. That alone makes this one of GREY’S best seasons yet. Caterina Scorsone joining the cast, as a regular was also a brilliant move for the show. Her character really shined this season and is taking the neuro department by storm. This show isn’t slowing down anytime soon.

THE NEWSROOM:
Although its second season wasn’t as good as the first the third season of the Aaron Sorkin HBO drama is really stepping up in terms of content. Chris Messina has been phenomenal this season and Kat Dennings’ guest appearance was such a wonderful surprise. I’m truly going to miss this show when it goes off the air in just a few short months. THE NEWSROOM is one of those shows I can watch no matter how tired I am; I’ll immediately become wide-awake and fully alert. Every episode this show jolts me out of my seat, its one of my favorite things about Sunday nights. I’ll miss it dearly.

P.S. I think I am going to miss Sam Waterston in a bow tie the most.

THE COMEBACK
Oh how I’ve missed Lisa Kudrow on my TV screen every week! When news broke that THE COMEBACK was, well, coming back I couldn’t believe it. I adored this show when for so long and always hoped for another season. It truly was a show that was ahead of its time. I’m so happy it’s finally getting the love it deserves, it’s easily one of my favorite fall shows and a show I am definitely thankful for. Valerie cherish is a national treasure, people!

TRANSPARENT
In my opinion this is the most important show that has premiered this season. A game changer for Amazon Prime, this show is some of Jeffrey Tambor’s best work. I will be incredibly shocked if this show doesn’t receive a bundle of Emmy nominations. Amy Landecker is mesmerizing and deserves infinite recognition. Jill Soloway’s wonderful show was one of my absolute favorite shows of the season. I finished the first season in two days and couldn’t look away for one second.

JANE THE VIRGIN
Can we all agree to never stop praising this show? This is absolutely my favorite new fall show. It’s hands down the most adorable and wonderful show currently on TV. Gina Rodriguez is perfect as Jane Villanueva. This truly is the little show that could and it’s without a doubt at the top of my “Must Watch” list.

Honorable Mention: ORPHAN BLACK
Although this show doesn’t count because it isn’t a fall show it’s still my #1 show and the show I’m most thankful for.

On April 15, 2013, two pressure cookers exploded near the finish line of the Boston marathon. That’s where the third and final season of “The Newsroom” started telling its stories on Sunday night.

“Boston” used the tragedy to reflect upon ACN’s own shortcomings. Will McAvoy & Co. held back on reporting the bombings and let their competitors take the lead, knowing full well that their competitors would go on misreporting for the sake of having things to tell the viewing audience. They didn’t wait on the sidelines to garner the ability to gloat, but as a cautionary measure following the Genoa mishap that plagued “News Night’s” reputation just half a year earlier. END_OF_DOCUMENT_TOKEN_TO_BE_REPLACED 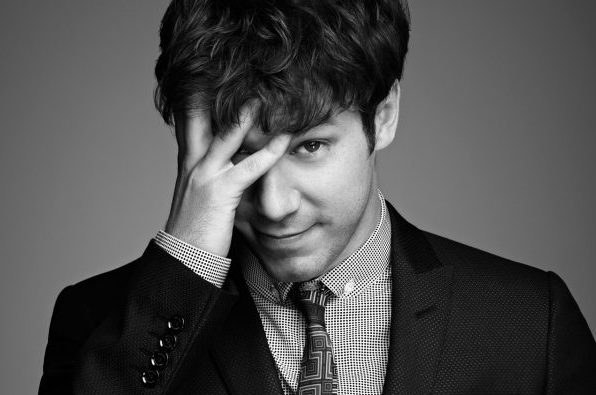 John Gallagher Jr. is one of the most exceptional, humble, and sensational actors of our time, and you’ve probably never even heard of him. Hopefully, that’s all about to change. Gallagher isn’t just a one-stop shop for talent; his skills range from Broadway, to film, to music, and beyond. His boyish charm and gritty roles set him apart from other young actors working today. His attention to detail and ability to attack any role he takes on and make it completely original is astounding. His most notable work, Jim Harper on THE NEWSROOM is by far his best yet. From the first episode I (and I’m sure many others) wanted to know anything and everything about Jim.

There are many moments throughout the shows run where I though Gallagher shines, but there was one scene during the shows freshman season where I was completely in awe. It’s a small scene; Maggie (Alison Pill) is standing outside of a restaurant when she see’s a SEX AND THE CITY tour bus stopped out front. She shouts a couple things up at the bus until an embarrassed and confused Jim stands up from his seat. I adore that scene for a number of reasons but the main one being, we weren’t supposed to fall for this character. He’s dating Maggie’s best friend, Lisa (Kelen Coleman) and has secretly fallen for Maggie. In that moment I didn’t care who he was with, who’s heart he was about to break, all I thought was “I hope this character gets his happy ending.”

In Short Term 12 he gave the kids the perfect blend of tough caretaker and compassionate father figure. Gallagher’s work opposite Brie Larson in that film was breathtaking and something more people should be aware of.

In his latest venture, he’s tackling music. He’s performed on Broadway stages in the past and now hopes to show us a new side to him. Music is a big part of his life and a big part of how he was raised. It’s safe to say his album will be a true testament to the spectacular artist he is.

I caught up with the gifted actor about his work on the acclaimed indie film, Short Term 12, the final season of the THE NEWSROOM, and what’s next with his music career. END_OF_DOCUMENT_TOKEN_TO_BE_REPLACED 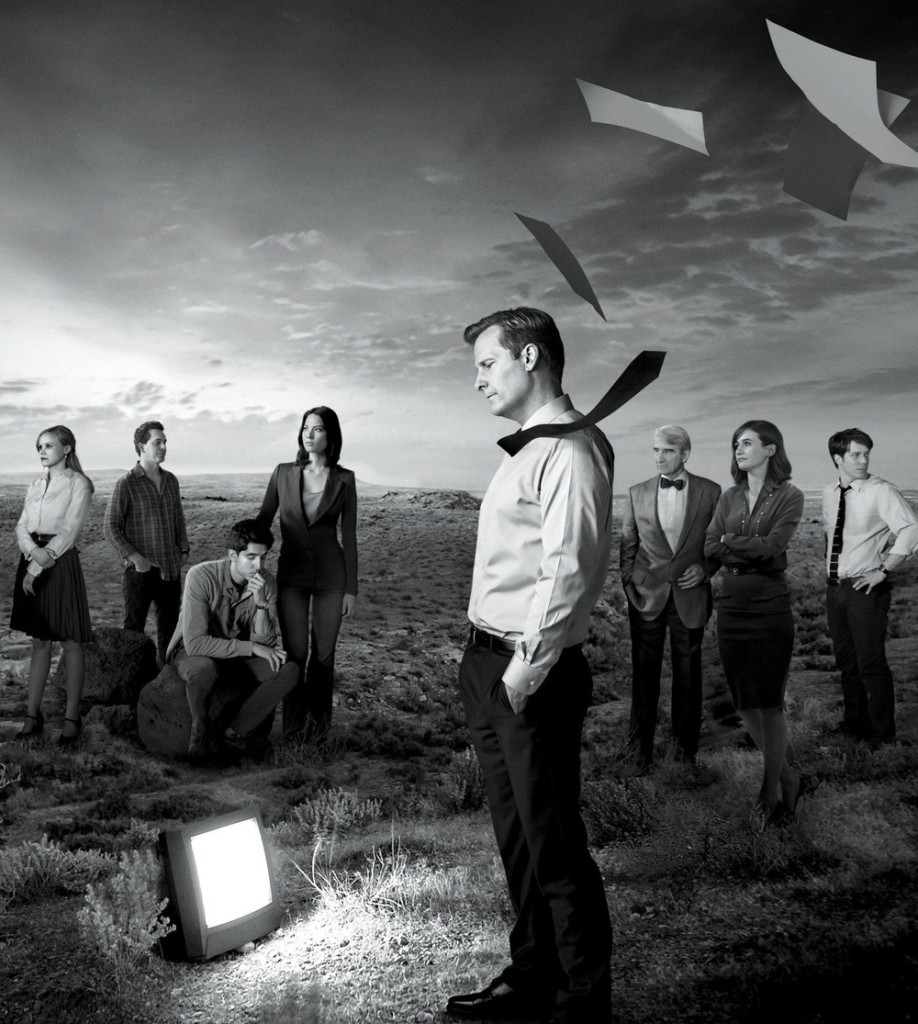 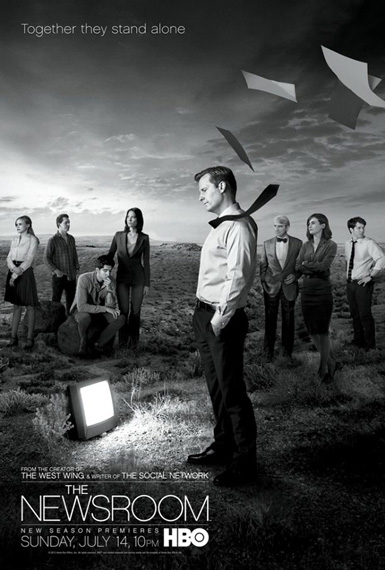 Press Release: The Emmy®-winning HBO drama series THE NEWSROOM will begin production on its third and final season this spring, with debut slated for fall, it was announced today by Michael Lombardo, president, HBO Programming.

“THE NEWSROOM is classic Aaron Sorkin – smart, riveting and thought-provoking,” said Lombardo. “I’m sure this farewell season will be one to remember.” END_OF_DOCUMENT_TOKEN_TO_BE_REPLACED

Aaron Sorkin’s new political drama THE NEWSROOM is look inside the intricate workings of one of the social body’s least understood organs, the mainstream news.

THE NEWSROOM uses the same carbon copy formula seen on the WEST WING, only set in a newsroom instead of the Oval Office. It’s pure Sorkin: a fictional portal into some of the biggest events that have shaped recent American history, with a style distinctly different than anything we’ve witnessed before from the industry heavyweight.

THE NEWSROOM has some bizarre flaws. However, with one the Big Screen’s best screenwriters at the helm, there is just too much good that it outweighs the bad. Let’s take a look. END_OF_DOCUMENT_TOKEN_TO_BE_REPLACED

For a show entitled THE NEWSROOM, this HBO drama series is really more about the behind-the-scenes issues and relationships about those who try to broadcast the news than the news itself.  As was hotly debated in the first season, what constitutes “news” is a slippery-slope between tabloid journalism, politics and personal opinions.  But regardless of what qualifies, this series is at its best when it focuses on the stories in the lives of those who determine what is the news and the struggles they deal with day in and out to bring those stories to the airwaves. END_OF_DOCUMENT_TOKEN_TO_BE_REPLACED

Despite the fact that your very own TV Addict has yet to decide how he really feels about Aaron Sorkin’s latest opus (Preachy and sexist or enlightening and entertaining?), there is one thing we can’t argue with. When THE NEWSROOM returns to HBO (and HBO Canada) this Sunday July 14th at 10PM for its much anticipated second season, we know where we’ll be: Sitting comfortably on our couch watching! Until then, we’ll be busy enjoying these perfectly pompous and self-important character portrait posters that, let’s face it, doesn’t exactly do the series any favors when it comes to fixing Sorkin’s somewhat blow-hardy image! But hey, don’t take our word for it, see for yourself after the jump. END_OF_DOCUMENT_TOKEN_TO_BE_REPLACED