Headless horseman. That about sums up the surreal nature of Fox’s new drama series SLEEPY HOLLOW. In today’s modern world, the last thing we ever expect to see is a living being roaming the streets entirely without a head. But one day, the impossible happens and things that go bump in the night start appearing in the cozy little town of Sleepy Hollow. Who knew their little town would be a hot bed of supernatural sightings mingling with the occult and biblical prophecy? And trying to keep things calm, peaceful and explainable is newcomer Captain Frank Irving (Orlando Jones). END_OF_DOCUMENT_TOKEN_TO_BE_REPLACED 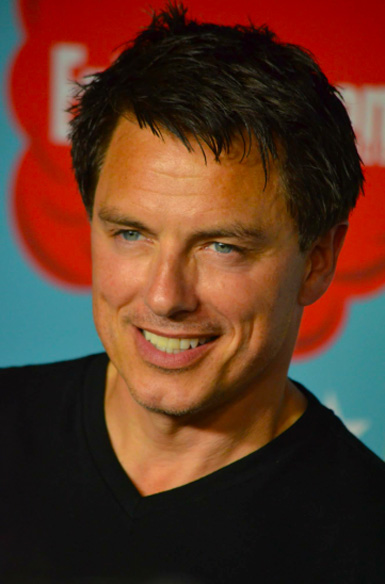 Fans across the globe have been faithfully following John Barrowman through his diverse entertainment career.  It was thus with great pleasure that John made such a splash on the scene at San Diego Comic-Con this year.  He not only hosted his own panel alongside his sister Carole Barrowman, John also showed up for a surprise appearance at the ARROW panel, participated in numerous autograph signings, and attended all the glitzy parties, including the Entertainment Weekly party hosted at the Hard Rock Hotel in San Diego. END_OF_DOCUMENT_TOKEN_TO_BE_REPLACED 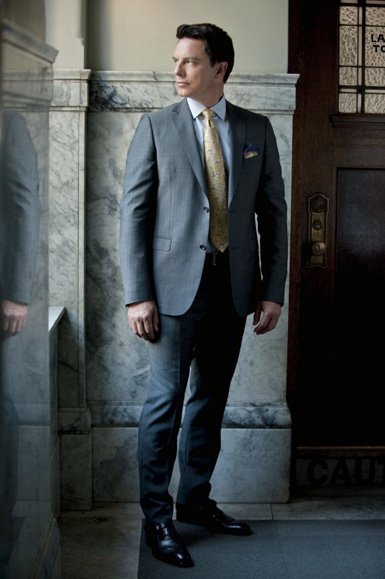 Heroes and villains go hand in hand. They make for the ultimate co-dependent relationship; but it also makes for riveting storytelling.  Knowing better than most the power of playing a hero or a villain is actor John Barrowman, who has made a solid career out of portraying both.  Beloved for his infamous role as Captain Jack in both DOCTOR WHO and TORCHWOOD, John is a fan-favorite in the superhero/sci-fi realm.  Adding another feather to his cap (pun intended), John recently tackled the role of Malcolm Merlyn in the CW series ARROW.  When revealed last winter that Malcolm was The Dark Archer of DC comic-lore, fans welcomed him jubilantly.  No longer just the “well-dressed man” of ARROW or the heartless father of Tommy Merlyn, by donning the black attire and landing a few well-placed arrows The Dark Archer staked a claim in Starling City against the vigilante known as The Hood (aka the Green Arrow).

In a recent exclusive interview, John shared how he came to be a part of the DC verse of superheroes and villains, as well as candidly talking about the DOCTOR WHO 50th anniversary, the future of TORCHWOOD, and a few words about his cryptic role on SCANDAL. END_OF_DOCUMENT_TOKEN_TO_BE_REPLACED

It may surprise you to learn that GLEE star Cory Monteith and the TV Addict go way back.

Before he became everyone’s favorite singing jock, Monteith and his fellow GLEE clubbers were hangin’ with me on the set of what would soon become the most buzzed about show in recent memory, asking what I and several other reporters thought of their little “we’re singin’ and dancin’ and we’re not gonna be the next COP ROCK” show.

Okay, frankly, none of them are old enough to remember COP ROCK. But I digress.

During that meeting back in March, the cast wanted to know if we, the TV journalists with our fingers on the pulse of the pop-culture beat, thought this show would connect with a large enough audience to prevent it from tap dancing to an early grave. They seemed genuinely concerned that America wouldn’t “get” what they were doing and would throw a metaphorical slushie in their faces.

Cut to almost a year later, where Monteith is holding court at Toronto’s only five-star hotel on the final leg of a seemingly endless promotional tour which has taken him from the malls of America to his hometown of Calgary — where he won over crowds at last weekend’s Gemini awards — and everywhere in between.

Ridiculously friendly and shocking laid back for a young man whose every public appearance is greeted by throngs of shrieking fans, Monteith kindly took time out of his busy schedule of pressing the flesh and signing autographs to catch up with this TV Addict about how his life has changed since GLEE took the country world by storm and the question on everyone’s lips: Will Finn finally dump Quinn for Rachel?