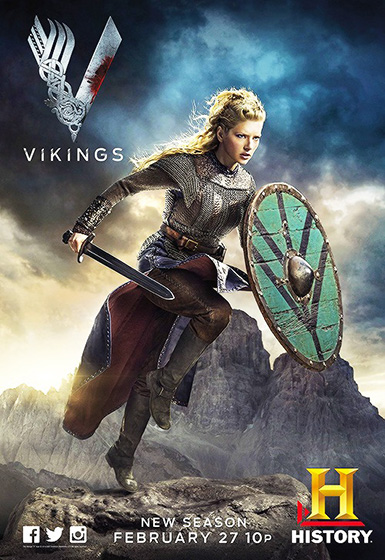 With the much-anticipated return of VIKINGS just around the corner — Thursday February 27th at 10PM to be exact — theTVaddict.com thought now might be as good a time as any to share some San Diego Comic Con shot video of stars Katheryn Winnick and Jessalyn Gilsig talking all things season two. END_OF_DOCUMENT_TOKEN_TO_BE_REPLACED

Simply put, our life sucks without GLEE. Which is why, in an effort to help fans keep holding on until the show’s much anticipated April 13 return — we at thetvaddict.com, in lieu of uploading a killer shower rendition of ‘Can’t Help Fight This Feeling,’ which let’s face it nobody needs to see — will be spending the next few Wednesdays sharing interviews with some of your favorite stars from the show. Today’s focus, Jessalyn Gilsig. Who was kind enough to take some time at the recent Television Critics Association Press Tour to discuss what’s in store for Finn when GLEE finally returns in 41 days, 4 hours, and 42 minutes. But who’s counting?

What’s it like playing the character audiences love to hate?
Jessalyn Gilsig: It’s a challenge finding the balance so that it stays entertaining. But I try not to worry about being too likeable. I think if I do that, I’ll really fall into a trap of not honoring the writing. You kind of just have to accept that you’re going to be the one that everybody hates. It’s lonely, but somebody’s gotta do it.