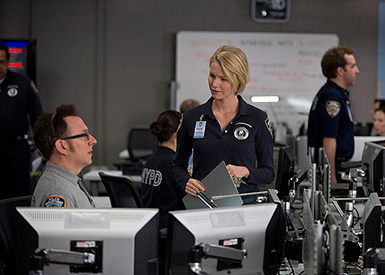 Just how excited are we for the return of PERSON OF INTEREST? So much so that we’re thrilled to share this exclusive clip from next week’s episode! Ominously titled “Last Call,” the Tuesday February 25th instalment sees our intrepid team put in a perilous situation when Finch (Michael Emerson) goes undercover in an emergency call center to protect a 911 operator, that in typical POI fashion, appears to be in more trouble than it initially appears. See for yourself, after the jump. END_OF_DOCUMENT_TOKEN_TO_BE_REPLACED 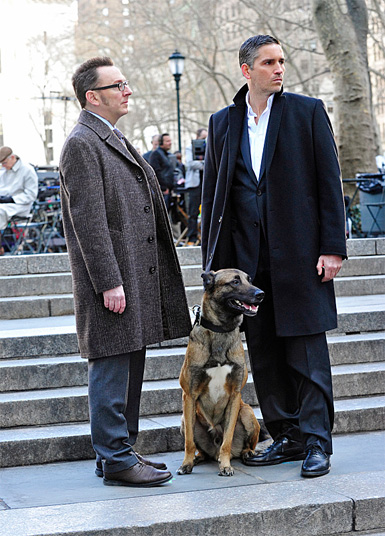 In the first season finale last year, we found out that The Machine was more than just a computer spitting out numbers – it was a form of artificial intelligence.  We also were introduced to the mysterious person known as Root (Amy Acker), who had the audacity to kidnap Harold Finch (Michael Emerson) right out from under John Reese’s (Jim Caviezel) nose.  In addition, as this second season has demonstrated, Root is not someone to underestimate.  She is ruthless, a super genius, and she will do anything to get her hands on The Machine.  But she doesn’t want to possess or control The Machine, she wants to set it free.  Free to do what?  That is the scary question.  In a recent exclusive interview, creators and executive producers Jonah Nolan and Greg Plageman candidly shared who now has control of The Machine and whose life may be sacrificed in protecting The Machine. END_OF_DOCUMENT_TOKEN_TO_BE_REPLACED