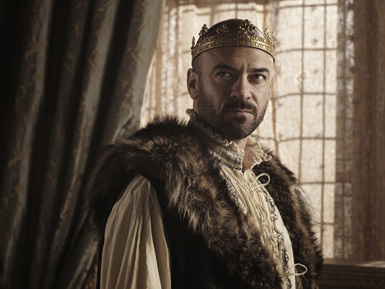 Kings can command the attention and adoration of many women, and REIGN’s King Henry (Alan VanSprang) is no exception.  Well-known as a king who ruled with his beautiful mistress and his powerful wife by his side, King Henry still has time for the occasional dalliance.  REIGN offers both a look at the intertwined love lives of King Henry and his two sons, Prince Francis (Toby Regbo) and Sebastian (Torrance Coombs) and how the arrival of Mary (Adalaide Kane), Queen of Scots  brings a bit more of heart-ache and political intrigue into all their lives.  In a press interview from the set, star Alan VanSprang talked about the many ladies of King Henry and the complications Mary brings to the French Court. END_OF_DOCUMENT_TOKEN_TO_BE_REPLACED 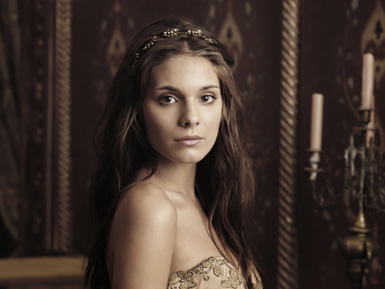 The last thing the classic lady-in-waiting should be able to do is pursue a life of wanton self-indulgence, yet for Lady Kenna (Caitlin Stasey), one of Mary (Adelaide Kane), Queen of Scot’s ladies-in-waiting, there is just too many temptations to resist. Kenna realizes that life is short and it will only feel shorter once she is tied down by an arranged political marriage. So she will embrace every opportunity to taste of life before that fateful day arrives. In a press interview from the set, star Caitlin Stasey took a few minutes to laughingly reflect on Kenna’s life choices and what kinds of trouble that rebellious streak may lead to for her. END_OF_DOCUMENT_TOKEN_TO_BE_REPLACED