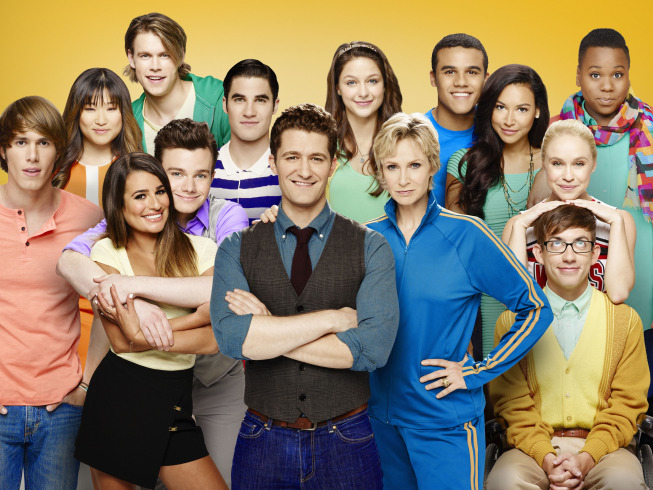 On Tuesday March 18th, McKinley High celebrates plans on celebrating the 100th episode of GLEE in style. Case in point, these star-studded first look photos from the momentous episode appropriately titled “100.” See for yourself, after the jump. END_OF_DOCUMENT_TOKEN_TO_BE_REPLACED

This just in, new episode photos and previews from the Tuesday February 25th episode of GLEE. Direct from Fox, “GLEE celebrates its Spring Premiere with a move to a new night and time: Tuesdays at 8:00 PM. Santana (Naya Rivera) auditions and snags the role of Rachel’s (Lea Michele) understudy in “Funny Girl,” causing a feud between the roommates. Meanwhile, back in Lima, Tina (Jenna Ushkowitz) and Artie (Kevin McHale) compete against each other to be the class valedictorian.” END_OF_DOCUMENT_TOKEN_TO_BE_REPLACED 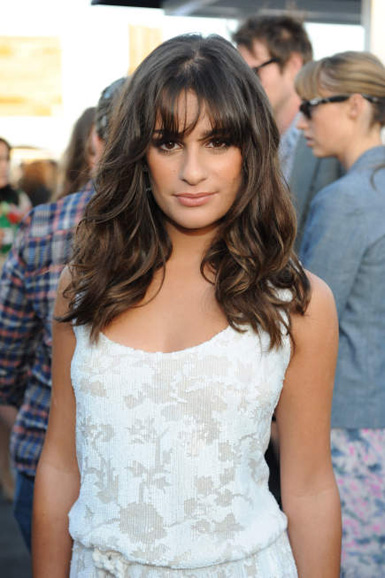 After a summer marred by controversy and cast changes, it would appear as though all is quiet on the GLEE front. And while the cone of silence that seems to have ensconced the Paramount Studios Lot as hundreds of hard working and talented cast and crew members busy themselves with shooting the show’s much-anticipated third season may be music to the publicity department at Fox’s ears, it’s not to us. Which is why we thought now might be as good a time as any to offer up a sneak peek at GLEE Season 3. Oh, and not just any sneak peek, but rather a Lea Michele-infused one direct from Fox’s recent All-Star Summer TCA Party in Los Angeles. See for yourself, after the jump. END_OF_DOCUMENT_TOKEN_TO_BE_REPLACED 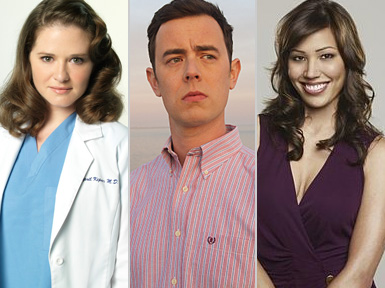 Any word on how Colin Hanks is going to fit into the new season of DEXTER? — Dave
The TV Addict: Words, we’ve got plenty. What’s more, they’re not just a random collection of ambiguous ones strung together in a desperate attempt to leave readers with the impression we know far more about the upcoming sixth season of DEXTER than we actually do. Rather, they’re from the former good guy himself, Colin Hanks, who was kind enough to make up for interrupting our one-on-one with HOW I MET YOUR MOTHER’s Jason Segel during last week’s CBS/CW/Showtime Party by dropping a few hints about what fans can expect from his character. “Here’s the problem. So much of the show is a secret that they’ve sort of engrained in me to not ruin the secret and when you sign a legal binding document it sort of makes you not want to do that. What I can say is that my character Travis restores ancient artifacts and he has a relationship with a Professor Gellar that’s played by Eddie Olmos,” said Hanks, of his character who is sprinkled in throughout the season. “It’s amazing and I want to tell the world about it but I can’t. Here’s the one thing I can say, there are a few instances this season where we are doing things that the show has never done before that will make all the DEXTER-heads flip out!”

Is there any truth to the rumor that GLEE is going back to its first season roots this year? — Drew
The TV Addict: Indeed there is. So much so that fans will be thrilled to discover that when GLEE does return for its much-anticipated third season this Tuesday September 20th at 8PM on FOX (Global TV in Canada), it will do so in a very familiar fashion. Teased star Lea Michele during last week’s FOX TCA Party, “This is the only top secret information that I can give you. I was really hoping that in this upcoming season I would get no slushies, no mess and whatever and then… like page two of script one I’m already a mess! Obviously they’re doing it on the first script because we’re coming back from the break happy and well rested. Had they put that in mid season we all would definitely have said no, I’m not looking forward to that.” END_OF_DOCUMENT_TOKEN_TO_BE_REPLACED 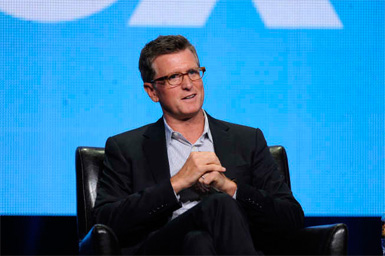 11:35AM: Fox Entertainment President Kevin Reilly kicked off his executive session by addressing the GLEE controversy. Actually, he doesn’t so much address it as avoid it by filibustering for five minutes as to just how phenomenal the creative trifecta of Ryan Murphy, Brad Falchuk and Ryan Murphy are, downplaying the talk of a spin-off (“It’s something that the team plans to revisit at the back half of the year”) and raising expectations with regards to the upcoming third season (“My two cohorts [at the network] were fighting back tears of joy [upon hearing Murphy’s pitch] for the emotional stuff they had in store for fans this season.”

11:40AM: “I think it has taken on a little more heated momentum than it in fact is,” said Reilly when ask about the controversy surrounding the GLEE spin-off that may-or-may-not happen. “There are many successful shows on the air that have genuine controversy and fighting. That has really not been the case. It is a good group of people.”

11:42AM: “If Fox can do half of what we can do in the fall [with X FACTOR] we will be a force to be reckoned with,” said Reilly when asked about the Network’s prospects for this September. “We’re not a one network show, TERRA NOVA isn’t going to come on quietly, it’s going to get sampled and is really different from anything that’s on the air and between RAISING HOPE and THE NEW GIRL we’re [finally, after four years of trying] going to be a force with comedy this year.” END_OF_DOCUMENT_TOKEN_TO_BE_REPLACED 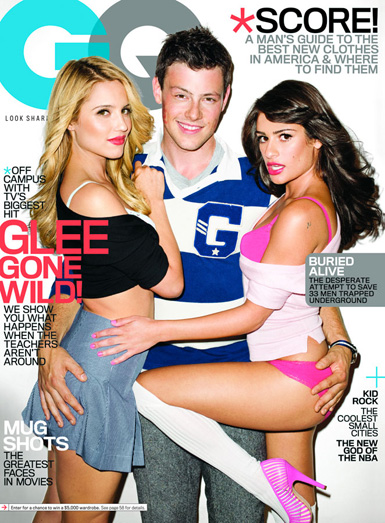 The Parents Television Council (PTC)
In response to an upcoming issue of GQ which features a very revealing spread of GLEE stars Dianna Agron and Lea Michele in various states of undress, the PTC released a statement chastising the magazine for what they’re characterizing as “a disturbing spread… bordering on pedophilia.” Why they’re not smarter than a 5th grader: Because in the grand tradition of primetime television shows that take place in high school (see: Gabrielle Carteris, Ian Ziering and Luke Perry to name a few), the kids from GLEE aren’t actually teenagers! Memo to the PTC: It’s called acting! And in the same way in which Kevin McHale’s Artie isn’t really confined to a wheelchair and Cory Monteith sounds like a rock star with a little help from his friend called auto-tune, 24 year-olds Dianna Agron and Lea Michele are only pretending to play high school students.

END_OF_DOCUMENT_TOKEN_TO_BE_REPLACED

With FOX getting set to unveil GLEE following the penultimate episode of AMERICAN IDOL next Tuesday, actress Lea Michele is on the brink of becoming Hollywood’s next big thing … trust us. With that in mind, we’d like to take this opportunity to share five things you probably don’t know about the girl everyone’s going to be talking about come Wednesday morning.

1) The beauty once was told she wasn’t pretty enough for TV.
Yes, if you can believe it, some foolish casting director once dubbed Michele “too ethnic looking and not pretty enough for television” when asked to evaluate her chances of making it in Hollywood. Fortunately, she didn’t listen… and GLEE’s casting director has much better vision! “I know I’m a theater girl but I fell in love with the script so much, fought for it and now here I am!” she told us during a recent visit to the GLEE set. “It’s kind of ridiculous. I still have moments at least twice a day when I’m like, ‘This is amazing, I can’t believe this. I’m so happy!'”

END_OF_DOCUMENT_TOKEN_TO_BE_REPLACED While we’re the first to admit that news on the Spring Awakening movie doesn’t exactly fall within the purview of theTVaddict.com, we couldn’t resist bringing reaction direct from the set of GLEE, where actress Lea Michele, who originated the role of of Wendla Bergman in the hit Broadway musical was kind enough to throw her hat into the proverbial ring when asked for her reaction to yesterday’s news that McG (THE OC, Terminator: Salvation) is in talks to bring Spring Awakening to the big screen.