In the ABC drama series REVENGE, even the best laid plans of Emily Thorne (Emily VanCamp) are sure to go haywire once in a while and, unfortunately, for all her careful planning, something went very wrong on her honeymoon. Lydia (Amber Valletta)cornered Victoria (Madeleine Stowe) on the yacht, making Aiden (Barry Sloane) unable to secure Victoria while Emily was on deck setting the stage, and then Victoria took it upon herself to accost Emily on deck and heated incriminating words were exchanged — all to the horror of Daniel (Josh Bowman) who stood in the shadows hearing everything. He learned that the woman he had just married had been using him all along, and in his drunken, angry stupor, he shot Emily with the gun she had brought to stage her fake death incriminating Victoria.

That’s right folks, Daniel was the shooter. Having just found out about Sara’s (Annabelle Stephenson) suicide attempt, and that Emily had been using him to get back at his mother, he just shot her. The look on Emily’s face was equal parts guilt and horror. It was her own fault that this had come about. The stage had been set perfectly, but it fell apart because Daniel heard what he was never supposed to hear. That gun that was supposed to be just a prop was just too easy to use for real — and Emily was shot point blank in the chest and thrown back into the water.

With Aiden and Jack (Nick Wechsler) worriedly searching for her on the beach when she failed to make her prearranged rendezvous, the fate of Emily Thorne is not yet known. Does she survive the gunshot wounds? Does she eventually make it back to the buoy and the beach? Will Daniel remember his deadly actions after he finally sobers up? And what about Victoria? Does she have a clue what really happened on the deck after she left?

For those who saw the previews of REVENGE when it returns on January 5th, a few of those questions are answered. Emily does survive. But does she remember who she is? Is the amnesia real or faked?

In a recent press interview, executive producer Sunil Nayar gave the inside scoop on what’s next in the increasingly complicated world of REVENGE. END_OF_DOCUMENT_TOKEN_TO_BE_REPLACED 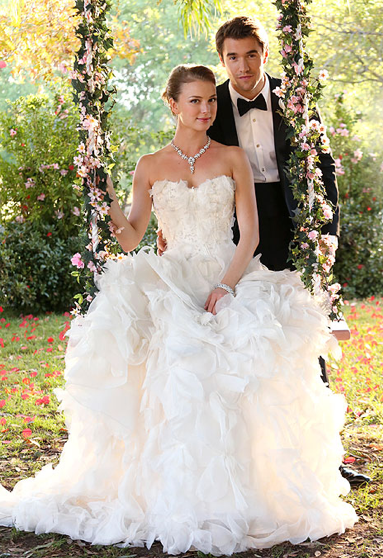 Two years and nearly three seasons later, the long awaited wedding of Emily Thorne (Emily VanCamp) and Daniel Grayson (Josh Bowman) has finally come. From all the spoiler-filled photos we can see that the bride and groom make it to the wedding cake part of the celebration, and from the fateful opening to the third season, we all watched with horror as Emily was shot and fell overboard from her honeymoon yacht.

So for faithful fans, they have watched with wonder as Emily plotted out every final detail to her big day – not just her wedding day, but the day her ultimate revenge is unleashed on the Graysons. She is just itching to put that final nail in the Grayson coffin and bury Victoria (Madeleine Stowe) and Conrad (Henry Czerny) once and for all for their willingness to sacrifice her father to save their own skins all those years before. Fortunately, Emily’s revengenda has allowed her to pick up a few friends and allies along the way; there’s Nolan (Gabriel Mann), Aiden (Barry Sloane) and now Jack (Nick Wechsler) all working to ensure that her wedding day trap goes off without a hitch.

Last week’s shocker revealed that Lydia (Amber Valletta) had also survived the plane bombing that was supposed to have claimed her and Victoria’s lives in the Season 1 finale. Unfortunately, with Lydia back, so are her nasty suspicions that Emily Thorne is not who she is claiming to be — if only she could find that photo that exposes Emily. END_OF_DOCUMENT_TOKEN_TO_BE_REPLACED 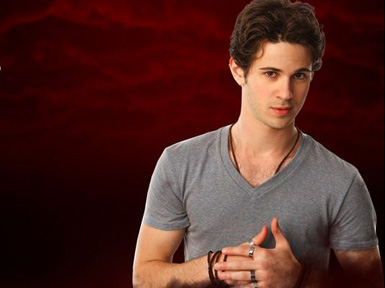 After spending the better part of four seasons embedded amongst the poisonous backstabbing Upper East Siders that inhabited the not-so-wonderful world of GOSSIP GIRL, actor Connor Paulo knows a thing or two about revenge. Or so he thought. For as it turns out, the scheming likes of Blair Waldorf and Georgina Sparks have got nothing on the rich and powerful denizens of the Hamptons. So just what’s a boy to do? Well, we recently had the opportunity to catch up with affable actor to find out just that. See for yourself what Paulo had to tease about the pain that awaits his character — both of the physical and emotional variety — in ABC’s maddeningly addictive new series REVENGE, after the jump. END_OF_DOCUMENT_TOKEN_TO_BE_REPLACED 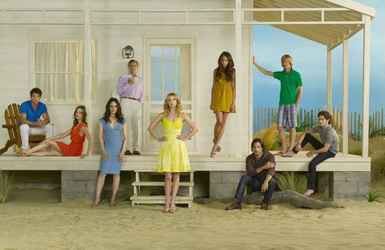 Hell Hath No Fury like a Hamptonite Scorn! Or at least that’s what the likes of Madeline Stowe, Henry Czerny and Josh Bowman are about to find out when Emily VanCamp returns to the small screen in ABC’s highly addictive mystery thriller REVENGE. But just how terrified should these actors be of VanCamp’s beautiful and duplicitous Emily Thorne, who returns to the Hamptons to exact — as the title suggests — revenge on the wealthy community that destroyed her family years ago? We caught up with the actors to find out just that. See for yourself after the jump. END_OF_DOCUMENT_TOKEN_TO_BE_REPLACED