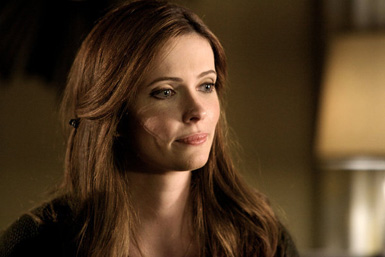 In the NBC dark fairytale series GRIMM, there are creatures which seemed to have stepped right out of one of your nightmares. But not all creatures are to be feared. Known as wesen, some are good and some are evil, just like their human counterparts. Having just found out about the wesen world, Nick Burkhardt (David Giuntoli) also found out that he is a descendent of a special lineage known as Grimms. In the first couple of seasons of GRIMM, Nick’s fiancé Juliette was living blissfully unaware of the wesen world and the particular new duties of her fiancé outside of his detective work. But finally as the end of Season 2, Nick revealed his secret life and this other supernatural world to Juliette. Unfortunately, just as Juliette was beginning to take it all in stride and get used to the idea of living with wesen all around, up came a zombie apocalypse.

The Season 2 finale left our hero Nick entrapped and exposed to the zombie venom, with Juliette and their friends Monroe and Rosalee left to fend for themselves against the encroaching zombie mob. In an exclusive interview, co-star Bitsie Tulloch talked about what obstacles our heroes face in Season 3 and where the Nick/Juliette romance is headed in the midst of all these huge revelations. Bitsie also talked briefly about her new film “Parkland” which debuts in theaters on Friday, October 4th. END_OF_DOCUMENT_TOKEN_TO_BE_REPLACED