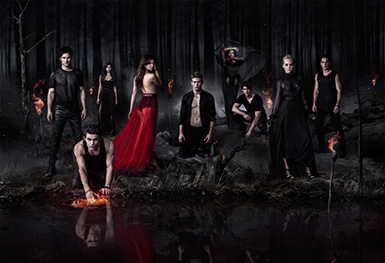 While none of the cast or even producers were willing to spoil the fun surprise of which of the killed-off characters would be making an appearance in the 100th episode, everyone sure had a fun time talking about which deaths rocked their worlds and who they wanted to see return on the show – whether for the 100th episode or in some future episode of THE VAMPIRE DIARIES. Here is what each had to say: END_OF_DOCUMENT_TOKEN_TO_BE_REPLACED 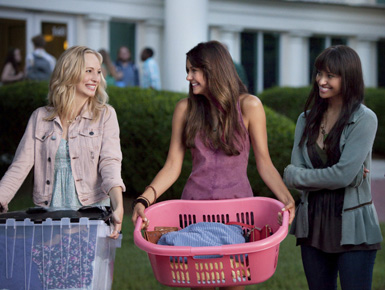 At this past weekend’s grand celebration in honor of THE VAMPIRE DIARIES’ 100th Episode, stars Candice Accola, Kat Graham and Sara Canning talked about the remarkable achievement of making it to one hundred episodes, as well as commenting briefly on which character deaths affected them the most and who they would love to nominate for a resurrection on the show. Here is what they had to say from the red carpet: END_OF_DOCUMENT_TOKEN_TO_BE_REPLACED