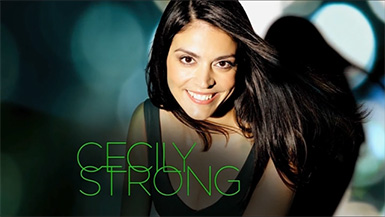 “The show is doomed,” a phrase that has been said about plenty of shows. Usually followed by the show being canceled or completely changing and miraculously being saved, or in SATURDAY NIGHT LIVE’S case, a new season.

SATURDAY NIGHT LIVE premiered on NBC October 11, 1975, since it’s premiere it’s given 129 improvers a chance to show their talent on one of the longest running shows in television history. From Gilda Radner to Tina Fey, the show has not only jump started countless careers, it has also become a staple of New York, and a show people have grown up with. END_OF_DOCUMENT_TOKEN_TO_BE_REPLACED

This just in: The massively overhyped television event that was last night’s Betty White hosted instalment of SATURDAY NIGHT LIVE actually bucked the trend and… wait for it… lived up to the hype! Which is why, rather than nitpick about the little things — like the show’s astoundingly unimaginative writing that relied far too heavily on age-related humor and juvenile sexual innuendo upon discovering that having an eighty-eight-and-a-half year old woman says “balls” and “lesbian” on TV is, well pretty darn funny, or the fact that Cheri Oteri was M.I.A. among SNL’s fabulous funny female alumni that included Tina Fey, Maya Rudloph, Amy Poehler, Ana Gasteyer, Molly Shannon, Maya Rudolph and Rachel Dratch — we’d rather focus on the positive and commend White for bringing with her the type of infectious energy and talent that resulted in one of the funniest episodes of the season.

END_OF_DOCUMENT_TOKEN_TO_BE_REPLACED

Watching SATURDAY NIGHT LIVE is starting to feel like the TV bloggers equivalent of Groundhog Day. And since there are only so many Sunday’s we can wake up and wonder if SATURDAY NIGHT LIVE showrunner Lorne Michaels has completely lost touch with what’s funny — following yet another uneven mashup of irrelevant (Steve Harvey, Suze Orma, really?) and unfunny (We vote to centure Fred Armisen’s Obama impersonation) sketches that once again leave us wondering how an imdb-credited 28 (!) writers can so spectacularly fail to come up with less than 90 minutes of entertaining sketches once a week when the brilliant minds at THE DAILY SHOW and THE COLBERT REPORT manage to do so on a nightly basis — we’re throwing up our arms in frustration by opening up the thread to you. Did we miss something? Are we being too hard? Or was there absolutely nothing funny — outside of the always solid Seth Meyers Weekend Update — that was worth staying up for?

THE GOOD: In a word, well two: Tina Fey. Whether she’s trotting out her eerily spot-on Sarah Palin impersonation (You just know some poor NBC exec is already developing TODD!), scarfing down a “Duncan Hines’ Brownie Husband” in a hilarious commercial spoof, or playing a lovelorn teacher inappropriately eyeballing her student (Justin Bieber), there is nothing not funny about the best thing to happen to SATURDAY NIGHT LIVE since the fast forward button (But more on Fred Armisen’s painfully unfunny cold open later).

END_OF_DOCUMENT_TOKEN_TO_BE_REPLACED

Because topping the charts and twitter clearly isn’t enough for the latest tween sensation to sweep the nation, Justin Bieber will take his act to the tube this weekend where he’ll join professional Sarah Palin impersonator and 30 ROCK actress Tina Fey on SATURDAY NIGHT LIVE. Which judging from these promos, might actually be worth staying up for. Stay tuned.

The Good: It doesn’t take much for The Hangover star Zach Galifianakis to make us laugh (Said the actor during his understated opening monologue, “I’ve been in Canada, opening for Miles Davis.” Only to quickly follow that that up with… “Kilometres Davis.”) Which is why — combined with the-never-not-funny mockery of Kathie Gifford and Hoda Kotb’s fourth hour of the TODAY SHOW, the always sharp Seth Meyers manning the Weekend Update Desk, and a digital short that had Galifianakis weaving his way in and out of NBC properties such as the NBC Nightly News with Brian Williams, 30 ROCK and LAW & ORDER — added up to a better than average episode of SNL.

END_OF_DOCUMENT_TOKEN_TO_BE_REPLACED

Just as we were ready to pull out what has unfortunately become our go-to Sunday morning headline where SATURDAY NIGHT LIVE is concerned — you know, the one that goes a little something like…. “We Watched SNL So You Didn’t Have To!” — along comes Jon Hamm. Who — from his fantastic opening monologue that had him mercilessly poking fun at his Don Draper alter-ego (see above) to his sketch as newly elected Massachusetts Senator, the surprisingly seductive Scott Brown, threw caution, not to mention clothes (Sergio!) to the wind doing whatever it took for a laugh — not only officially cemented his status as the real deal acting wise, but one that we have a feeling will be haunting the hallowed hallways of Studio 8H for some time to come. Seriously. Alec Baldwin, Steve Martin, watch your back. Lorne Michaels has a new favorite. See for yourself after the jump.

END_OF_DOCUMENT_TOKEN_TO_BE_REPLACED

Forget “What was up with that?” The question TV Addicts should be asking ourselves as we once again wake up on a Sunday morning with a bad taste in our mouths following yet another disastrous instalment of SATURDAY NIGHT LIVE is, “What is up with us?!” Why is it that week-in-week-out, we continue to tune into this disappointing train-wreck in the hopes that this time things will be different? (Oh right, Taylor Swift)

END_OF_DOCUMENT_TOKEN_TO_BE_REPLACED

The Good: If last night’s SATURDAY NIGHT LIVE illustrated anything, it’s that Taylor Lautner has a bright future in front of him…