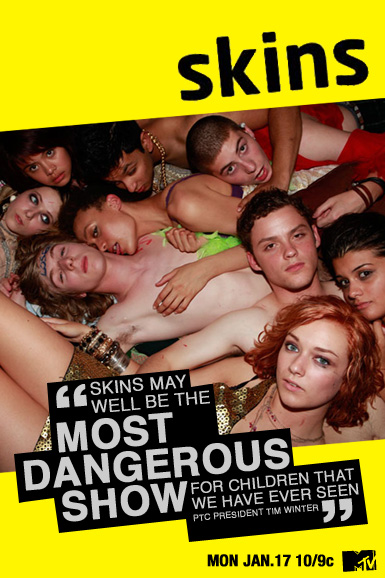 Taking much of the challenge and creativity out of our latest instalment of Advertising Anarchy (Also known as our take on how networks might wish to consider promoting some of our favorite new and returning shows) comes the Parent’s Television Council. Particularly President Tim Winter, who for some inexplicable reason thinks its sound strategy to publicly blast the upcoming SKINS reboot (Premiering Monday at 10PM on MTV, TMN in Canada) by calling it “the most dangerous show for children that we have ever seen.” And who in their right mind would want to see that!