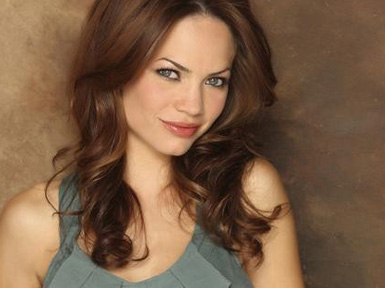 The twitterverse was buzzing early this morning when our friends over at Soaps In Depth sent out the following tweet: “Breaking News: Becky Herbst (Liz) NOT leaving #GH? You heard it hear first! Details soon… ”

Several weeks ago, the show came under massive fan attack following news that Herbst — who has played Elizabeth Webber on the sudser for 13 years — was being let go for “storyline-dictated reasons.” While soap fans are known to raise a stink when a favorite is let go, the Herbst fans (many of whom took on the moniker BeckyNation) were like a dog with a bone, refusing to give up the fight.

“They’ve been incredibly organized,” says Richard M. Simms, executive editor of the mag. “A lot of times, fans react and for a few days, it’s all anyone can talk about. But Becky Herbst fans really refused to let this drop. It probably doesn’t help that over the past few years, GH has gotten a bad reputation for either sidelining or writing out longtime characters. Things may finally have reached a breaking point with a lot of fans, who just couldn’t accept another legacy character being canned.”

Sources say the network is expected to release a statement regarding the change of heart. Keep an eye on In Depth’s tweet stream — @soapsindepthabc — for more!