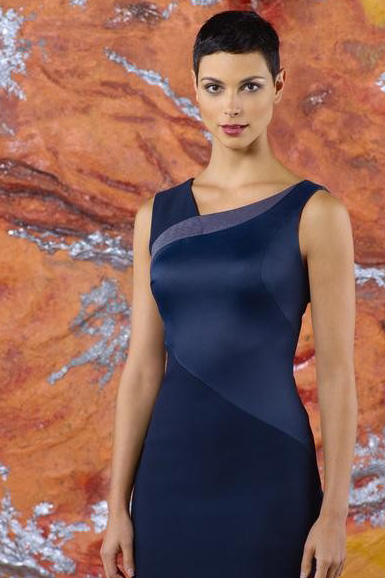 With tonight marking the penultimate episode of V’s much-improved second season, we thought now might be as good a time as any to catch up with the Queen V, Morena Baccarin, who was kind enough to tease what’s in store for the final two episodes, her take on V’s third season renewal chances and of course, those seemingly never-ending FIREFLY rumors.

As we head into final two episodes of V’s second season, what has surprised you most about your character?
Morena Baccarin: Probably the direction that they’ve taken Anna from this sort of stoic, in control person to a little bit out of control. I really like that and I think it gives me a lot of room to move around in as an actor and do a lot of different things. Also, the guest stars we’ve gotten on the show, it’s been super-exciting to have Jane [Badler] and Mark [Singer].

Rumors are running rampant that the finale is quite a blood bath, anything you can tease?
There are some major, major deaths that are really heartbreaking. Honestly, I couldn’t watch those scenes when we were shooting that episode, it was that heartbreaking.

How did the writers go about crafting a second season finale when they weren’t sure as to whether or not the show would be coming back for a third season?
Well, we had to wrap up some stories because it would just be mean not to. That said, there is also a feeling of continuation with a little bit of a cliffhanger that sees a sort of elevation in the battle between the V’s and humans that becomes really more evident in the finale.

What have you heard about the prospects of a third season?
Honestly, I haven’t heard anything. I kind of stay out of the press and web stuff because nobody really knows. I’m happy with the work we did this season, and I’m keeping my fingers crossed. Our ratings are holding in the demographic we need to, so who knows. Who knows how the new pilots for ABC are shaping up and what’s going to be important to them. All I can do is my job.

Is the role of powerless actor a frustrating one?
Yeah, it’s completely hard as an actor to have other people control your fate, but it’s kind of what I signed up for. So you just know it going in and try to stay as zen as possible about it.

A lot of actors sign onto pilots in an effort to secure a “Plan B” should the unthinkable happen, have you?
I’m not. I’m hoping V comes back so I’m just waiting like everybody else to find out what our fate is.

What type of conversation have you had with Scott Rosenbaum in terms of season 3?
I’m always bugging him, asking him what is next and of course he has some cool stories for Anna which I’m really psyched about, but you know I don’t want to know too much because I don’t want to be disappointed if the show doesn’t come back. I mean I will be anyways, but I don’t want to know.

As I’m sure you’ve heard, your former FIREFLY co-star Nathan Fillion caused quite a stir recently by casually letting it slip that should he win the lottery he’d be interested in purchasing the rights to the show and creating a FIREFLY reboot. Your reaction?
I think it’s great. I also think aren’t we getting a little too old [Laughs]

Actually, to your credit you don’t really seem to age!
Well that’s good. I think it’s cool and I think it’s awesome that he’s so passionate about it after so many years. We all really love it and I’m sure not one of us would turn it down if it became a realistic opportunity. It would be fun.

Putting on your writer’s cap for a moment, where would you like to see Anna go should there be a third season?
I would like to see Anna form an attachment, be it a romantic relationship or friendship. But something that is really deep that would force her to sort of grapple with human emotions and maybe realize that they aren’t necessarily such a bad thing.

Do you think Anna will ever see the error of her ways, is there any good in her?
I don’t know but that’s a good question. I suppose it depends on what your definition of “good” is. Because you could justify that what Anna is doing is good because she is ensuring the survival of her species.

Much to Earth’s chagrin, you sort of have a point!

V airs Tuesdays at 9PM on ABC (ATV in Canada)