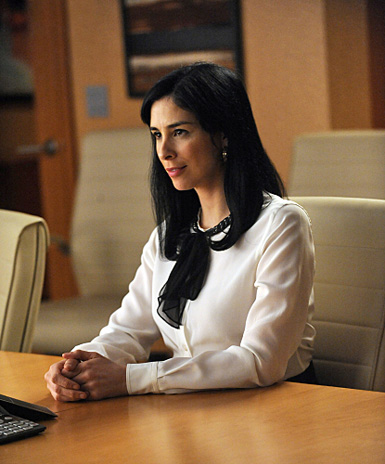 For those concerned that Sarah Silverman’s upcoming May 10th guest appearance on THE GOOD WIFE will be somewhat less hilarious than the reputation the talented comedian has spent the better part of the past decade solidifying, don’t be. For not only is Silverman’s character, that of Ashley Madison-esque website owner Stephanie Engler who finds herself in a bit of a pickle following the untimely demise of one of her users rife with comic possibilities, even the episodes title, that being “Getting Off” sounds funny! More first look photos of which can be found after the jump. 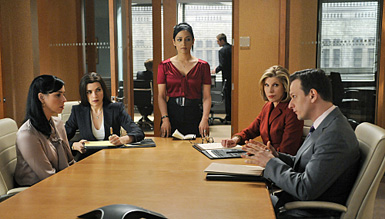 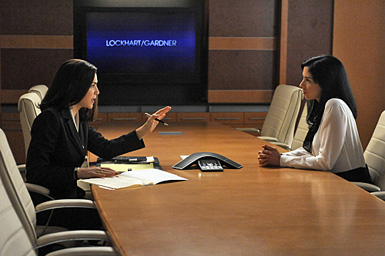 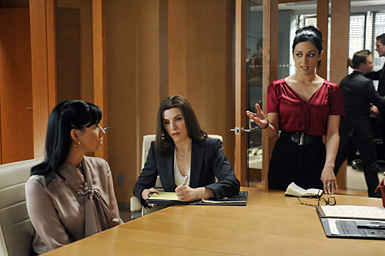