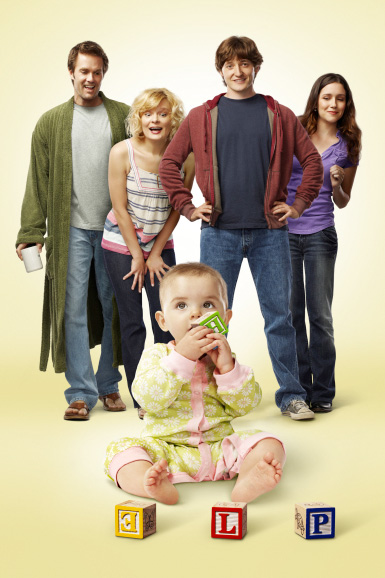 Continuing his penchant for delivering press releases that cut through the clutter comes the latest from the genius behind RAISING HOPE, Greg Garcia. See for yourself, after the jump.

Here we are closing in on the end of the first season of RAISING HOPE. Other than the fact I don’t think nearly enough people are watching, it’s been a great season.

Let me tell you something about the finale airing Tuesday, May 17 (9:01-9:31 PM ET/PT) on FOX: It’s the best half-hour of comedy that will be on network television this year. I’m not lying. Watch it yourself. It’s an amazing episode. Trust me; I’ve done a few crappy episodes of TV over the last 15 years that I didn’t want people watching, but this particular episode is really good.

We’ve been done shooting for a while now, and between you and me, not shooting a TV show is boring. I’ve been trying to fill my time in creative ways. I went to the Grand Canyon, played a game of golf, and even spent three hours at Charlie Sheen’s house. I’m not kidding. I don’t know if you know this or not, but he’s quite an interesting fella. I thought I might be able to get some buzz for RAISING HOPE if I met with him. I was hoping we would end up getting arrested in Vegas together or – at the very least – he would stab me. But as it turns out, we just sat in his theater and talked for a few hours. I’d tell you more about it, but to be honest, he scares the shit out of me.

I’m also Tweeting. Not long ago, I would have punched myself in the face for saying that, but I’m actually enjoying it. If you want to, you can tell people to follow me at @whoisgreggarcia. And here’s the fun part, I’m giving stuff away through Twitter. I’m giving away money, TV show stuff and random stuff I find in my house. I gave $100 to a guy in New Jersey for being the first person to call a pay phone at a gas station where I was stopped. Currently, I’m having a contest where I’m giving $500 for the funniest picture I get. My wife thinks I’ve lost my mind.

Okay, well, that’s pretty much what’s going on with me. Thanks for all your support throughout the season. I really hope you enjoy the finale.