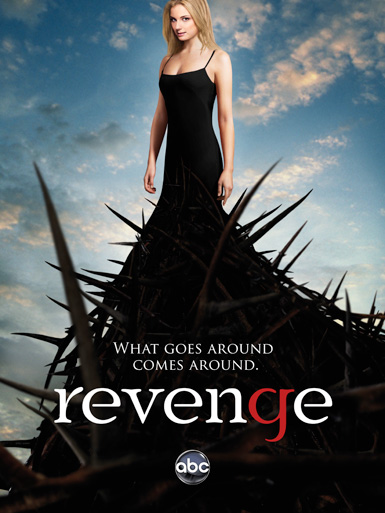 This just in: REVENGE is a dish best served cold on your Kindle. Or at least that’s what the savvy marketing department at ABC would have you believe as they attempt to generate buzz for the upcoming September 21st premiere by releasing the pilot script as a free download on Amazon. Oh, and on the off chance a maddeningly addictive script isn’t enough of a reason for you to get your first taste of REVENGE — the Hamptons-set mystery series starring EVERWOOD alum Emily VanCamp — the surprises don’t end there. As an additional incentive, ABC is also offering readers an opportunity to screen the series premiere for free online by including a code at the back of the script. Simply click here, enter the passcode MN3JozZrq and feel free to thank us in the comments below.